KanyiDaily recalls that the police had last Sunday announced that the 19-year-old suspected serial killer escaped from their custody while undergoing trial on August 11, 2020.

Twelve days after his mysterious disappearance from Police custody, Sunday Shodipe has been rearrested by traditionalists in the Iwo Road area of Ibadan.

It was gathered that the 19-year-old suspect was nabbed on Sunday, August 23, following vigorous and unrelenting rites by traditionalists who had been on the trail of the fleeing suspect who had earlier confessed to be the mastermind of series of gruesome killings in the Akinyele local council district of Ibadan.

READ:  Edo Election: I Sympathise With Buhari, He Was Forced To Endorse Ize-Iyamu - Governor Obaseki

Traditionalists who confided in TVC News revealed that Sunday Shodipe possesses potent supernatural as well as spiritual power which had made him evade arrest on several occasions.

It took the determination of traditionalists and concerted efforts with local vigilante to ensure the arrest of the 19-year-old suspect who the police have affirmed is in their custody.

“The suspect has been rearrested and is currently in police custody,” SP Fadeyi said, adding that details of the re-arrest would be made available shortly.

KanyiDaily recalls that prior to his arrest, the police had placed a bounty of N500,000 for anyone with useful information that could lead to the re-arrest of a suspected serial killer. 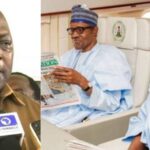 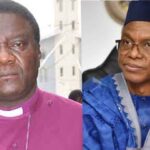