A Former Deputy Governor of Central Bank of Nigeria (CBN), Dr Obadiah Mailafia has cried out to Nigerians that his life is in danger, saying some powerful political forces want to silence him forever for speaking the truth. 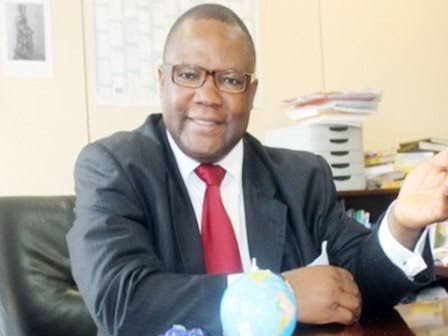 KanyiDaily recalls that Mailafia had been grilled and released twice by the Department of State Services (DSS) over the comments he made during a radio programme alleging that a serving northern governor was the commander of Boko Haram terrorists.

The Nigerian Police had also invited Mailafia to appear at the Force Headquarters in Abuja for “criminal investigation”, but he shunned the invitation and approached Jos High Court for the enforcement of his fundamental rights to personal liberty and fair hearing.

In a statement personally issued by him on Friday, September 11, 2020, Mailafia revealed that he has once again been ordered to appear for the third time before the DSS at their Jos HQ on Monday 14th September 2020 at 11.00 am.

He added that the invitation was in addition to the battle at Jos High Court seeking a restraining order against the DIG Criminal Investigations Department (CID) who were also after him.

READ:  Miyetti Allah Chairman, Four Others Killed During Attack By Bandits In Abuja

“Dear comrades, beloved brethren, I have once again (for the 3rd time) been ordered to appear before the DSS at their Jos headquarters this Monday 14th September at 11:00am. This is in addition to our battle in court as my lawyer appears before a Jos High Court today, seeking a restraining order against the DIG Criminal Investigations Department, who are also pursuing me.

“I spent over 20 years of my working life abroad as a university teacher, banker and international civil servant with unblemished record. I have no criminal record not even a parking ticket. Sadly, it is in my own fatherland that I’m being subjected to criminal investigation and such extreme political persecution.

“Please, pray for me. I have reasons to believe that my life is in danger and that some powerful political forces want to silence me forever for speaking the truth. For speaking on behalf of the holy martyrs of thousands of innocent children, women, elderly and youths that have been killed in our beloved country.

“It is only in our benighted country that a man who speaks from his conscience can be hounded like a common criminal. Please, those of you in the Jos area or who can easily travel to Jos, please kindly mobilise and be there en masse to support me on Monday at 11.00 am as I go once again into the Lions’ den,” he pleaded.

Dr Mailafia who said he was a believer in non-violence pleaded that no one should throw even a little stone on his behalf and charged his supporters to be candles of light and peace in this Age of Darkness.

KanyiDaily recalls that during a radio interview, Mailafia said that a top repentant terrorists told him that a serving northern governor was the Boko Haram leader.

READ:  30 Male Workers Forced To Parade The Streets Half Naked After Failing To Reach Sales Targets 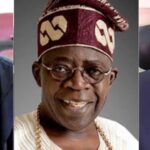 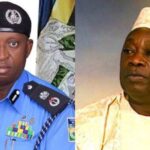