Rivers State High Court sitting in Port Harcourt has sentenced a serial killer, Gracious David-West, to death by hanging for the multiple murder of several females in hotels in different parts of the state.

KanyiDaily had reported how David-West stangled nine young women and attempted to murder the 10th, Benita Etim, in hotels. He then used a white cloth to tie their hands and legs before making away with their valuables in 2019.

The serial killer was arrested following CCTV footage which showed him leaving an unnamed hotel in Port Harcourt, after he had allegedly killed the young lady he slept with the previous night.

When the convict was arrested and paraded by the police in September 2019, he confessed to killing seven young women — one in Lagos, one in Owerri, Imo State, and five in Rivers State.

Delivering judgment on the convict Friday, the court, presided over by Hon. Justice Adolphus Enebeli, convicted the serial killer of the charges against him, saying that the convict be hanged by the neck till he is dead.

The second defendant in the case, Nimi ThankGod, a manager of one of the hotels in Port Harcourt where one of the victims was killed, was however acquitted and discharged by the court on grounds that the state prosecuting counsel failed to prove beyond reasonable doubt that the accused committed the offence.

ThankGod, who faced a one-count charge bordering on misconduct with a corpse, was accused of evacuating the corpse of one of the young females killed in her hotel room where she served as a manager and dumped the body at a refuse site along Aggrey Road in Port Harcourt in August, 2019.

The counsel to David-West, Vincent Chukwu, had pleaded with the court for leniency on the grounds that his client is a father of three young children.

However, the state prosecuting counsel, Chidi Ekeh, said the first defendant (David-West) did not deserve any leniency as he did not show mercy to his victims and urged the court to ensure justice in the matter.

Speaking with journalists after the court session, the lead state prosecuting counsel, Ekeh, said the judgment would serve as a deterrent to other persons with such intentions of crime, adding that the second defendant was let go because it was difficult to prove to the court that the accused committed the crime.

“With respect to the second defendant, she escaped by a whisker, not that the offence with which she was charged was not committed, but it was difficult to determine who exactly did it as the witnesses who would have ordinarily provided that answer suddenly disappeared from the state until date.

“I am happy that this judgment was given, it would serve as a deterrent to all such persons with such disposition who are always taking to crime,” Ekeh said.

KanyiDaily recalls that Gracious David-West had pleaded guilty to charges of murder leveled against him by the police, and asked the Court to forgive him saying he was possed by an evil spirit. 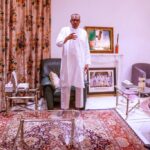 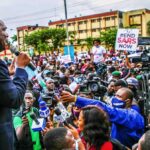