Mojisola Alli-Macaulay, the lawmaker representing Amuwo Odofin at the Lagos State House of Assembly, has come under heavy attack for allegedly using Covid-19 palliative meant for her constituency as souvenir when she marked her birthday a few months ago. 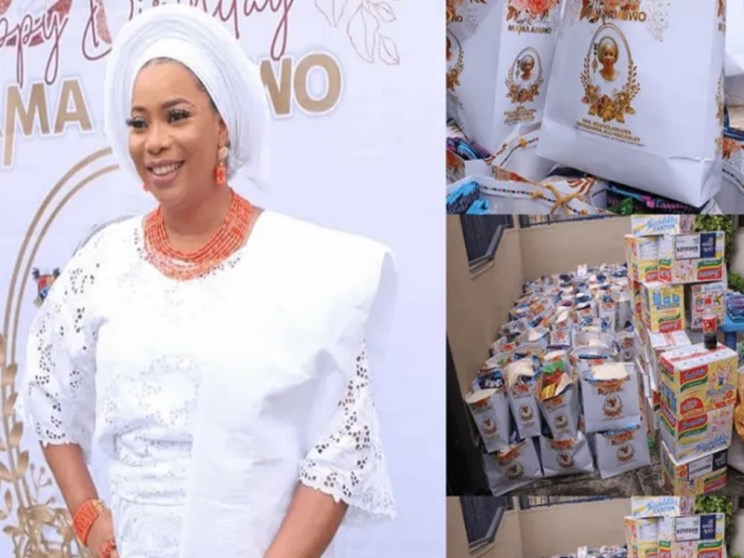 KanyiDaily recalls that on Thursday, Alli-Macaulay slammed Nigerian youths, saying that most of them are always ‘high on drugs at all times”, and that they need to be re-orientated.

The lawmaker’s comment infuriated Nigerian youths who has been dragging her mercilessly on the social media for describing them as drug addicts.

Amidst the dragging, Alli-Macaulay was accused of threwing an enviable birthday party and presented her guests with some of COVID palliatives that was meant for the members of her constituency.

READ:  Man Sentenced To 5 Months In Prison For Stealing A Chicken In Abuja

The lawmaker is facing a second wave of attack for using the government’s COVID-19 palliatives as party souvenir during a birthday party a few months ago.

Dear young ladies, this is Mojisoluwa Alli-Macaulay who claimed many youth are on drug… After VAR check she used our palliative as Birthday sourvenier
When you grow-up don't be like Mama Amuwo pic.twitter.com/epuaxfvdVo

Mojisola Alli-Macaulay @mamaamuwo shared palliatives as sourveneirs at her birthday party. It's obvious who is high on drugs.
Dear Mojisola Alli-Macaulay, did you forget the Code of Conduct spelt out in the 1999 constitution?
Was this what you learnt in the UK? pic.twitter.com/aawhfiQ2rR

“Mama Amuwo” is nothing but another Legislathief Palliathief.
She is one of the reasons there is so much hunger in the land.
She’s spreading a far worse pandemic than COVID-19.

The reason she wants Social Media gagged is it exposes them & they can’t pay to kill off the stories. https://t.co/qt7EMKzJps pic.twitter.com/xbK7ZfpfGn

After insulting and denigrating young nigerians that we are “always high on drugs”, pictures surface on Twitter that Madam Mojisola Alli-Macaulay reportedly stole Covid19 palliatives and converted it into birthday souvenirs.

This woman is a full time hoodlum.
RT for the world. pic.twitter.com/pUxjlQ9aTL

So who is the hoodlum here? Who is always on drugs? Mama Amuwo… Mojisola Alli-Macaulay, its palliative not birthday souvenir! Madam I schooled in the UK! Set awon Desmond Ediot pic.twitter.com/3HozgFJB7x

We demand the arrest and prosecution of Mrs Mojisola Alli-Macaulay to serve as deterrent to other corrupt politicians.@jidesanwoolu https://t.co/VuVUWBu78Q

Mojisola Alli-Macaulay is the person who is always high on drugs all the time for her to loot the CA-COVID Pallatives met for the poor as her birthday souvenir.

See this idiot called called Mama Amuwo aka Moji palliative that said her children her high on drugs.

She used palliative meant for the masses as being birthday souvenir, who's high on drugs now?!!!!….. ògún laakaye kill you there pic.twitter.com/ENVmP2tuTv

Dishonourable Mojisola Alli Macaulay who said Nigerian youth are always high on drugs in Lagos House of Assembly is actually an ALOOTER. These are CACOVID palliatives she used as souveniers during her birthday some days ago. #wizkid #KillSocialMediaBill #DesmondIdiot Grammy pic.twitter.com/yrA88lyxfC

Did you or did you not covert CA-COVID-19 palliative to be repacked with your personal branding, wasting time all because you wanted to get credit for what you didn’t sponsor. 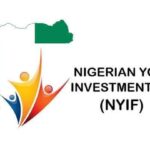 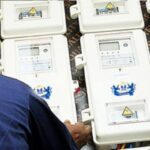