The Lagos State Judicial Panel of Enquiry has begun the reviewing the footage captured by the surveillance camera at the Lekki toll gate on Tuesday night, October 20, 2020. 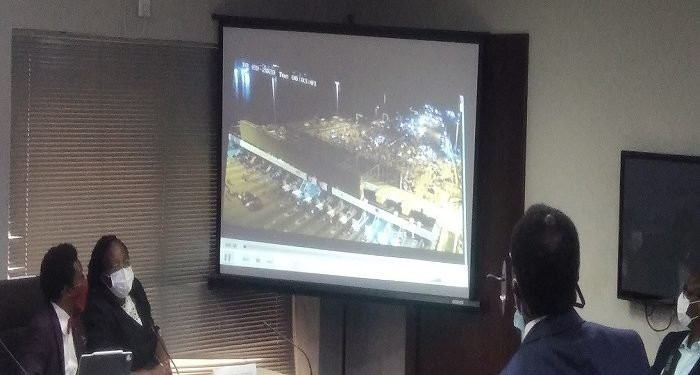 During an interview with CCN, Lagos State Governor, Babajide Sanwo-Olu revealed that the CCTV camera at Lekki Toll Gate was not removed before the shooting of #EndSARS protesters.

However, the Lekki Concession Company (LCC) had claimed the surveillance camera at the Lekki tollgate stopped working moments after Nigerian soldiers arrived at the location.

But the panel chairman, Judge Emeritus Doris Okuwobi directed the footage, over 20 hours long, be played in full, following an application by a lawyer representing the #EndSARS protesters, Mr. Adesina Ogunlana.

READ:  Ihedioha Assembled PDP Chieftains To Abuse Me During An Event In Imo State - Okorocha

She turned down the request of LLC lawyer, Mr. Rotimi Seriki, for the panel to start viewing of the recording captured from about 5pm on October 20 in order to save time.

Counsel for #EndSARS protesters, Mr Adesina Ogunlana, had countered his submission, insisting the entire footage be viewed on the grounds that “we should not sacrifice quality for speed.”

The footage, which is currently being viewed, shows peaceful #EndSARS protesters at the toll gate before the alleged shootings which is believed to have occured around 6 pm on October 20.

Meanwhile, the Attorney General of the Federation and the Minister of Justice, Mr. Abubakar Malami, had said that “hoodlums” wearing military uniforms may be responsible for the Lekki shooting. 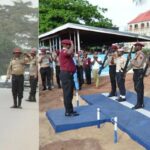 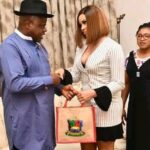