Three #EndSARS protesters have disclosed the identities of 22 persons alleged to have suffered gunshot wounds during the October 20 shootings by the military and police at the Lekki Toll Gate. 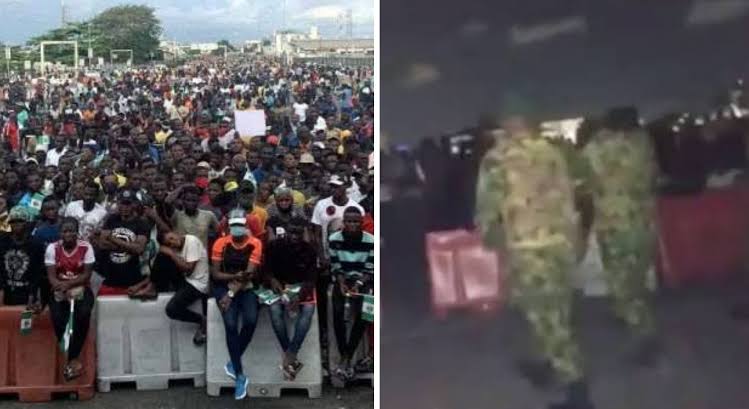 The protesters alleged several others were shot dead by soldiers even while they fled or tried to find cover. Others were killed by policemen who came after the soldiers left, according to them.

Some corpses, they alleged, were taken away, some to Reddington Hospital, Lekki, where one of the doctors named a man whose head was blown open by a bullet as “John Doe”.

The protesters, Perpetual Kamsiyuchukwu, Dabiraoluwa Adeyinka Honey Ayuku and Samuel Isah, listed the 22 names in their November 11 petitions to the Lagos State Judicial Panel of Inquiry probing SARS brutality and the alleged shooting of #EndSARS protesters at the Lekki Toll Gate.

The petitions, seen by The Nation, were submitted to the panel by their lawyer, Mr Adesina Ogunlana, a former Chairman of the Ikeja Branch of the Nigerian Bar Association (NBA).

The victims’ names comprise 21 males – including a 12-year-old boy, Bakare Michael – and a female, Abiola Esther.

On Saturday, the army repeated its rejection of claims that soldiers killed unarmed protesters at the rally, saying its soldiers fired blank bullets.

The Commander of 81 Military Intelligence Brigade, Victoria Island, Lagos, Brig. Gen. Ahmed Taiwo presented video evidence to back up his claims. He said there were no gunshot wounds reported by any of the people taken to hospital.

READ:  After Emerging Senator Under YPP, Ifeanyi Ubah Dumps The Party For APC

But in her petition, Kamsiyuchukwu said she participated in the #EndSARS protests and “worked backstage with crew members to ensure the protest went smoothly.”

She said on October 20, she arrived at the toll gate at about 1:30pm “having received updates that curfew had been imposed for 4pm.” Later she was informed that it had been shifted till 9pm.

“At about 6:50pm…I started to hear gunshots. I looked around and saw military men shooting. They were approaching the protesters in a very deliberate manner. I noticed that after each round of shots fired, they will advance and fire further shots towards us and advance again and fire shots.

“At this point, some protesters like Obianuju Catherine Udeh (also known as DJ Switch) and another protester known to me as Dabira took the stage and directed us to sit down and raise our flags. We followed their directive.”

READ:  "If They Rig This Election, There Will Be War" - PDP Chairman, Uche Secondus Warns INEC

She said they refused to listen to Brigadier-General Francis Omata when he sought to address them “because his men had killed a good number of our fellow comrades”.

An ambulance that Dabiraoluwa had helped to invite through a “senior military officer” came to help “but was turned back by soldiers.

“After 15 minutes, four ambulances came and some protesters and I quickly rushed to get some injured bodies into two ambulances and those ambulances went away.

READ:  Read Nurudeen Lemu's Speech At The National Conference, He Got A Standing Ovation From Other Delegates

“One of the military men threatened to hit me with the butt of the guns…another soldier threatened to shoot me but he did not. I saw soldiers picking at least seven dead, limp bodies hit by bullet into their vans.

“Much later after the military left, I saw policemen come into the scene and shooting bullets and firing tear gas at protesters who were still many on the scene.”

She said she learnt the next morning that some dead and injured protesters were moved to Reddington and Vedic Hospitals, Lekki but they were not allowed to see the corpses when they got to Reddington.

“Samuel Isah, one Seye and I visited Reddington Hospital in search of protesters. Many were terribly injured. We tried to collect the data of the injured proresters we saw that day but the doctors refused.

“We had to call a media man known to me as ‘World Rapper Man’ and he waded in on the matter before we were allowed to take details of the injured protesters.

“We also requested to see the dead protesters who were brought in. The doctors refused us access from seeing the dead bodies. The media man waded in again and we could see only one of the dead bodies whose head was torn by bullet fired to his head. He was laid at the emergency unit. The doctor called the corpse ‘John Doe’.

Perpetual then named the 22 injured persons in their petitions which will be heard on Tuesday.

She and others, including DJ Switch jumped off the stage in fear and took cover.

“The soldiers kept shooting at random and I saw people falling to the ground, injured or lifeless. I took cover behind the wheel of a truck.

“A male protester, who identified me, walked towards me and attempted to sit beside me but was hit by a bullet. I noticed more people being hit by bullets and with the help of others, we began lifting them from the ground to the stage truck.

“Among those on the truck, I saw four lifeless bodies…that night…. The soldiers were asking people to run while they shit at them. I remember a particular soldier that kept dancing while he shot.”

Isah said he made a video recording of the shootings and would tender same to the panel.

“I saw many protesters getting shot by the soldiers, sustaining injuries and some dying in the process I was in agonising pains.”

“There were a lot of bodies of dead protesters lying on the floor and I saw soldiers picking three of these corpses up and dropping them in their trucks.”

READ:  Another Terrorist Group Surfaces In Northern Nigeria, Says They Were Recruited And Trained In Mosques

Ayuka said he and other managed to carry some wounded and fled.

At about 11:30pm, they met policemen “dressed in their uniforms with their vans and another man on a white native dress, who began shooting directly at protesters again.

“I saw a young man in his 20s hit by the bullet fired by the police and drop dead immediately.”

Meanwhile, the Lagos State Judicial Panel of Enquiry has reviewed the footage captured by the surveillance camera at the Lekki toll gate on Tuesday night, October 20, 2020. 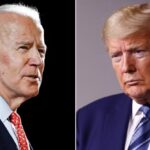 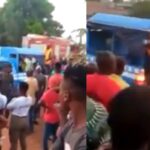