A Divisional Police Officer (DPO) has pointed out that Nigerians should not anticipate getting adequate security during the ember months and forthcoming yuletide celebration. 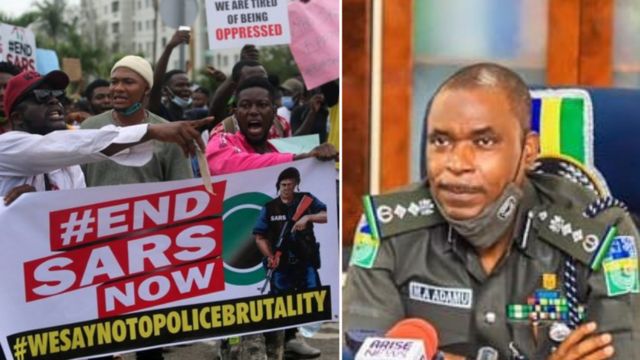 The unnamed DPO told PRNigeria, in a chat, that Nigerians should rather find a way to protect themselves from thugs, hoodlums and miscreants during the seasonal period.

He spoke at the weekend after a joint meeting of law enforcement agencies in Southern States worst hit by the violence that followed the End SARS protests.

According to him, the meeting which was attended by officers of the Nigerian military, security, intelligence and response agencies, analysed how the violent assaults on innocent security personnel during the #EndSARS protest, significantly dampened the morale of many of servicemen and women.

“In these ember months, and up to Christmas period and the New Year, I doubt if any of the security services can guarantee maximum security as usual. There is no way we can discharge our statutory responsibilities and function when we have become soft targets of miscreants and violent persons,” he said.

The DPO further said it will be over his dead body to allow any of his officers and men to be drafted to life-threatening beats and assignments during the period.

“Our destroyed facilities are yet to be reconstructed and rehabilitated; our looted armouries are yet to be restocked and when our men and women are yet to get over the humiliation of the atrocities committed on them by the same people we are charged to protect, how can we return to our duty post?” he asked.

READ:  Shehu Sani: A University Lecturer Told Me He Was Paid 40k As Salary

KanyiDaily recalls that following the #EndSARS protest, which turned violent and led to the loss of lives, including that of police personnel, the Inspector General of Police (IGP), Mohammed Adamu, had directed men of the police force to, henceforth, protect themselves against any attack by hoodlums.

Speaking while on an on-the-spot assessment of the security situation in the Federal Capital Territory (FCT), last Friday, Adamu said: “If anybody touches or assault you, you can also protect yourself.”

But despite the marching directive given by the IGP, it was gathered, from a cross-section of personnel who preferred anonymity, that they are still sceptical on returning to their duty posts, especially in volatile areas in some states.

Meanwhile, the Police Service Commission (PSC) has also stated it would not force the security personnel to return to work after the recent attack on them and their facilities.

While denying a report that the Commission would dismiss any police officer who fails to return to work, its spokesperson, Ikechukwu Ani, warned that any attempt to make the country lawless will be an ill-wind that will blow nobody any good.

In an official statement, Ani said the Commission can only plead with the officers to in the spirit of nationalism return to work while Government works out enough protective programs for them.

“The Commission will continue to do its best to ensure the police are motivated to do its job,” he said.

“The Commission being the employers of the Police is pained that Policemen were killed and stations set ablaze throughout the country. It will be very insensitive at this point for anyone to say that the Commission will dismiss any policeman who didn’t return to work.

“The Commission is even at present mourning the deaths of its gallant officers who were killed in the crisis.”

KanyiDaily had reported how some hoodlums have murdered a Police Inspector and cut off his manhood after snatching his AK-47 rifle at a police station in Abakaliki, Ebonyi state. 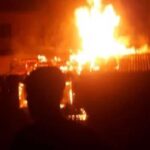