The Minister of Information and Culture, Lai Mohammed has denied a statement credited to him that “Nigeria is at the mercy of Boko Haram.” 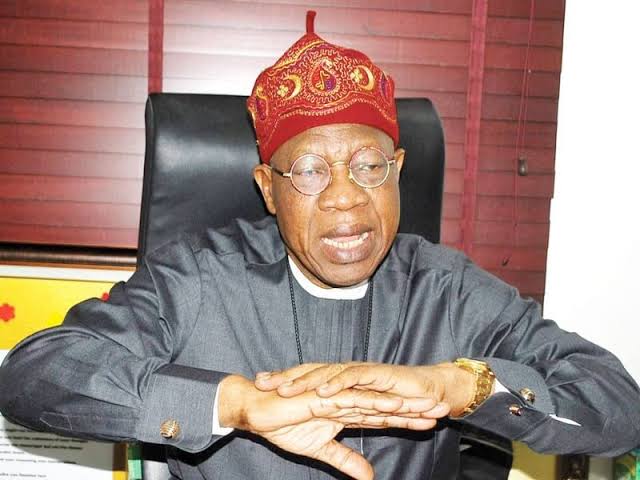 KanyiDaily recalls that Lai Mohammed was quoted as making the statement in Makurdi when he paid a courtesy visit to Benue State Governor, Samuel Ortom, on Monday, November 30, 2020.

According to reports, the Minister said that Nigeria is currently at the mercy of terrorists because the country is being denied access to acquire needed weapons to fight the insurgents despite efforts to do so.

However, while speaking at a meeting with online publishers on Tuesday in Lagos, Lai Mohammed described the reports as “social media abuse, sheer fabrication and abuse of the platform.”

“I said terrorism is a global problem that requires the collaborative efforts among nations to combat. I said Nigeria needs the support of global partners, especially in the area of acquisition of effective platforms to deal with the terrorists.

“I recalled that some of the platforms ordered and paid for by Nigeria have yet to be supplied till date, thus weakening the war on terror.

“How these statements translate to Nigeria being at the mercy of Boko Haram is baffling, and could only have come from warped minds who are more interested in attracting traffic to their websites than upholding the truth,” he said.

Lai Mohammd reiterated his position that something urgent needed to be done to rein in the abuse of social media in the country.

“Call it regulation or whatever, we have to do something most urgently,” he said.

Lai Mohammed said social media was used to guide arsonists and looters to certain properties, both public and private, during the #EndSARS violence.

He explained that pictures of celebrities and even non-Nigerians who were supposedly killed at Lekki Toll Gate quickly made the rounds on social media only for those celebrities to say they are alive.

Mohammed reiterated the government’s concerns about the abuse of social media, adding that the administration would continue to look for ways to ensure a responsible use of the platform.

He solicited the support of the online publishers who rely heavily on the new media in the government’s effort to fight the menace.

“As online publishers, who rely heavily on the new media, you will also be doing yourselves a great favour by helping to weed out those who are abusing it.

“If things get to a level where people can no longer trust anything published online, no one stands to lose more than media practitioners. That’s why we continue to seek your support on this issue,” he said.

The minister, however, reiterated that checking the abuse of social media was not synonymous with stifling press freedom or free speech.

“Fake news and disinformation are not the same as free speech. For the umpteenth time, I want to say that this government has no plan to stifle free speech, neither do we have any intention of shutting down the internet as some have claimed,” he said.

The minister said the social media had come to stay and those who use it responsibly had nothing to fear.

KanyiDaily recalls that Lai Mohammed had stressed the need to have a policy that regulates social media, warning that Nigeria is sitting on a keg of gunpowder if the issue of fake news is not urgently addressed. 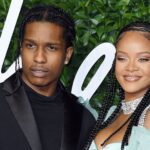 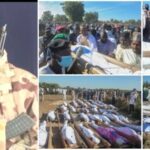