A white woman identified as Tracy Zille has taken to social media to drag Africans over their rejection of the covid-19 vaccine, describing the continent and its people as clueless, helpless. 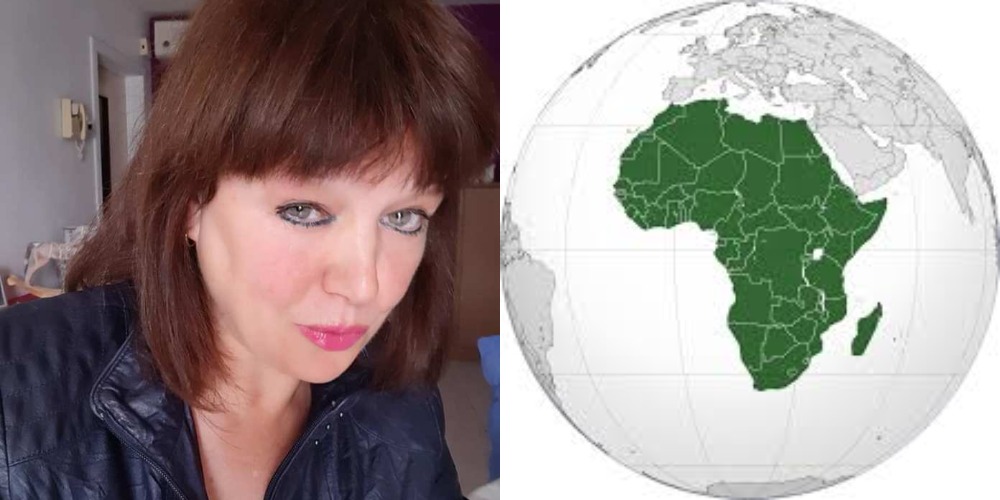 In series of post shared on her social media page, Tracy Zille berated Africans and labelled them as modern-day slaves who relied on the United States, China and other European nations for their products.

According to her, if not for the US, the mouths of Africans will be smelling like dead rats because they can’t even produce their own toothpaste.

She said that the only thing Africa produces are babies, rich prophets, pastors, bishops, anointing oil and prayers because of their heavy reliance on importation.

Noting that African are not important to the world, Tracy said that Africans must shut up and stop being stereotypical about the COVID-19 vaccine because it was not made to kill them.

Read the full posts below: 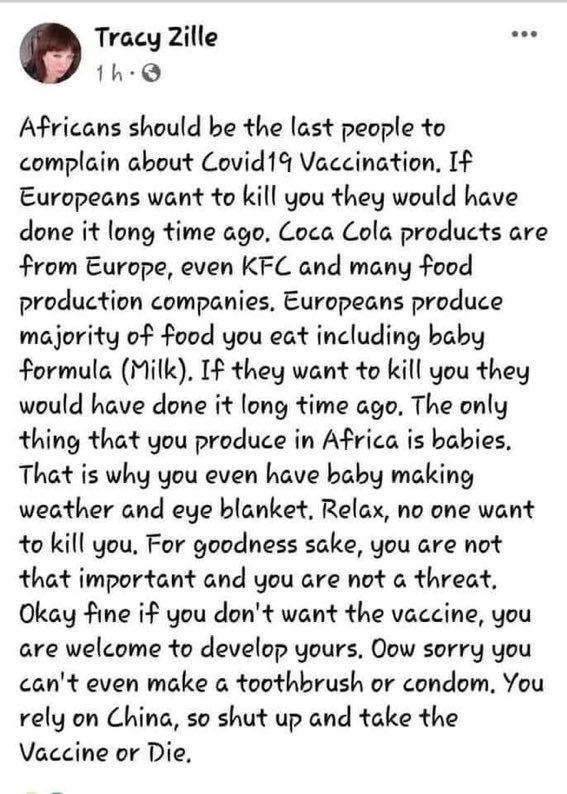 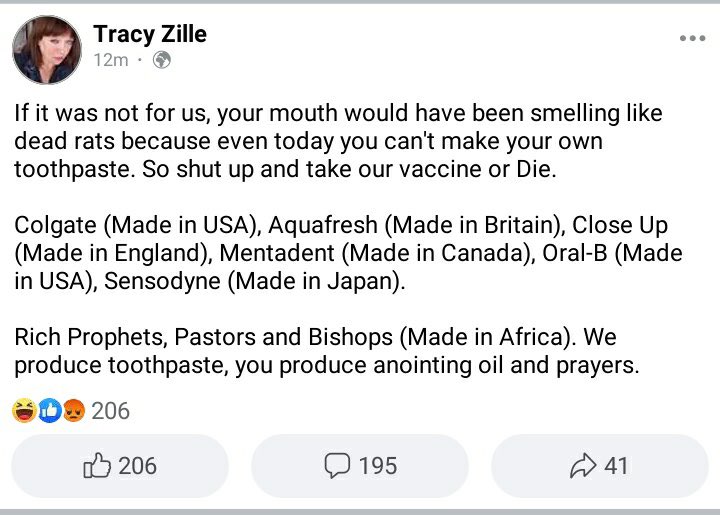 KanyiDaily recalls that Russian President, Vladimir Putin, had also given Africans a reality check after he was quoted saying that the continent was like a graveyard for its people.