Nigerian singer, Duncan Mighty has finally released an audio of his wife, Vivien Nwakanma, confessing to her evil acts and plots against his life.

KanyiDaily recalls that Duncan Mighty had accused his wife, her mother, Charity and siblings, Maria and Bright, of going diabolical to poison him to death and inherit his properties.

According to the singer, his wife confessed to him that her family had held a meeting where they planned to kill him and take over all his properties because he was an only child.

Duncan Mighty said his wife revealed that she and her family members took it farther by consulting native doctor, who gave them a liquid substances which she was supposed to put in his food and bathing water.

The singer stated that he has the “confession” recorded with clear evidence and proofs, and would release it to the public should Vivian or her family members try to deny the allegations.

However, the singer’s mother-in-law, Charity Nwakanma, and his siter-in-law, Maria Nwakanma, denied the allegations and dared him to post the evidence he had.

Maria Nwakanma stated that neither she nor any member of her family was interested in any of the singer’s properties, adding that Duncan Mighty’s allegations were a pointer to the type of husband he was.

In a post shared on his Instagram page on Tuesday, Duncan Mighty noted that despite the fact that he has forgotten about the issue and moved on so he can heal completely, his wife and mother-in-law granted an interview with BBC which was full of lies and deceit.

“Instead of your mom to play the role of a mother, You and your mom now went to @bbcnewspidgin and @nigeriainfoph to grant lies and deceit. my dear is too late.

“Click the link on my bio and hear Vivian’s confessions. Part 1. You carry the same money wey I give you go tie me down with the deadliest sickness. Them no dey use lion do sacrifice,” he wrote.

ALSO READ: Duncan Mighty Cries Out, Say His Life Is Under Threat Over Money He Collected From Okorocha For A Song

The singer than shared an audiotape on his Instagram bio that contained the voice of his wife confessing to the evil and fetish plots she allegedly carried out against her husband.

In the audio clip, his wife, Vivien revealed that she called her sister to complain about dreaming the singer was cheating on her even though she had no evidence.

Vivian’s sister then told her to relax as she would take her somewhere, which they later went the next day with her mum.

On getting to their destination where they met a woman, Vivian said her request was just to get her husband back so that he would love her like he used to do.

She was then told that Duncan was distracted by another woman and asked to bring some of his personal stuff and photo whenever he returned to the house.

The estranged wife also paid over N500,000 to the ‘witch doctor’ for an assignment to be done on her husband on her behalf.

KanyiDaily recalls that Duncan Mighty had also accused his wife, Vivien Nwakanma, of infidelity after a DNA test revealed that he isn’t the biological father their 4-year-old daughter, Mitchell. 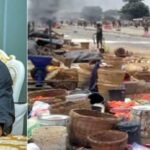 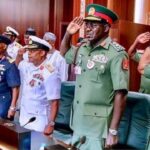