A former governor of Anambra State, Peter Obi has lambasted President Muhammadu Buhari-led government for allegedly rewarding bandits while owing those who have legitimately worked.

Obi, who was a vice-presidential candidate in the 2019 general election, made the condemnation at the launch of a book titled “Communication and Media Studies: Multiple Perspectives”. written by Chinyere Stella Okunna, a former commissioner in Anambra.

He said the only business that thrives in Nigeria is stealing the government’s money, banditry and kidnapping, which is why the country is not progressing.

The former governor said Nigeria will not succeed if it continue asking bandits to come to a meeting, while overlooking its professors and intellectuals.

“How do we go and negotiate and pay somebody, a bandit, when we have not paid those who are working?” Obi asked following reported negotiations with bandits who abduct schoolchildren in the north.

“You can’t pay people for banditry. The only business that thrives in Nigeria is stealing the government’s money, banditry and kidnapping — and that’s why your country is not progressing.

“Lecturers are owed. How do we compensate those who have not contributed anything to the economy? The economy is not productive and that’s why it is failing.

“Nigeria will not succeed if we continue asking bandits to come to a meeting, and we are not calling professors to a meeting. That is why the country is where it is today. May God help Nigeria.”

There have been unconfirmed reports that the government had paid a sum of N800 million to bandits for the release of the abducted students and staff of Government Science College, Kagara, Niger State.

READ:  NO TRUST: Did Donald Trump Bully His Wife Melania To Vote For Him? [PHOTO] 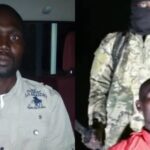 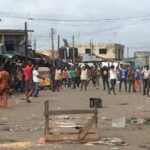