In series of post shared on his Twitter page, CDQ expressed anger towards Burna Boy for disrespecting Obafemi, warning the singer not to let his village title “African giant” get into his head and push him to disrespect his elders.

Emphasizing that Obafemi is not anybody’s mate, the rapper called on Burna and his boys to apologise to the footballer over what happened between them in Lagos.

ALSO READ: Burna Boy Accused Of Cheating On Stefflon Don With JoPearl, A Girl He Secretly Dated For Two Years

“I still can’t phantom this an artist just disrespected Obagoal on thinking he’s now bigger n say e don get mouth pass Obafemi Martins and I imagine how he was able to go back home n sleep comfortably without conscience in this same Lagos igbagbè manshe awa eda ooo,” he tweeted.

“Burna for the first time I’m disappointed in u!!!!! U and ur boys need to go apologize to Obagoal now! No let dem dey deceive u wit ur village title say african gi-ant com dey disrespect Oba Eko lonpe bi. Obafemi Martins is not anybody’s mate if we dey cry make we dey see.”

As of the time of filing this report, Burna Boy and Martins are yet to react to CDQ’s claim or comment on the nature of the alleged brawl.

CDQ’s outburst comes a few weeks after a distraughted fan accused Burna Boy of bashing his car and driving off without apology at the Lekki area of Lagos State. 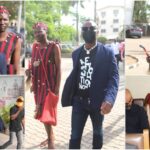 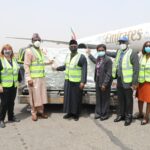