Many social media users are protesting the inclusion of Kaduna State Governor, Nasir El-Rufai in a panel to discuss devolution of powers in Nigeria at The Platform.

The Platform is a popular discussion series that is hosted by the Covenant Christian Center, which is usually held during public holidays such as Independence Day and May Day.

The annual programme hosted by Poju Oyemade of the Covenant Nation, will hold on 1st May 2021 with the theme ‘Is Devolution of Powers the Solution to Nigeria’s Problem?’

El-Rufai will participate in the interactive session alongside Ekiti State Governor, Kayode Fayemi, and his Rivers counterpart, Nyesom Wike, to discuss how “we can move the nation out of this present situation.”

However, the former FCT minister’s participation in the forthcoming event has been faulted due to his alleged abuse of human rights and insecurity ravaging Kaduna.

Since the assumption of office, Governor El-Rufai has been enmeshed in controversies, including proposing a bill restricting religious preaching in Kaduna.

The protesters allege that El-Rufai is a bigot and ethnic jingoist and they are calling on people to boycott the event with the hashtag #BoycottThePlatform.

READ:  President Buhari Is Surrounded By 'Fake Love', Would Be Abused And Insulted When He Leaves Power - Shehu Sani

See some comments below:

NBA distanced itself from the divisive Elrufai, for GOOD REASON. Apart from superintending the killing of Christians in Southern Kaduna, & his “body bags” statement, El-Rufai have no legitimacy being among a congregation of brethrens. We are unequally yoked!!#BoycottThePlatform

Dear @pastorpoju, we are annoyed and disgusted! We are insulted, that you would bring an ethnic jingoist into such a prestigious gathering. Especially one who has slandered the Christian faith.

We will have NOTHING to do with you till the evil man is gone. #BoycottThePlatform

Elrufai accused Christians of sponsoring Boko Haram. Words he is yet to recant.

There is no reason to call him into the congregation of primarily Christians to speak. He has no legitimacy. #BoycottThePlatform

I will not be attending or engaging in anything concerning The Platform as long as Elrufai is on it. #BoycottThePlatform

This is the guy they are inviting to #ThePlatform?

Tomorrow, they'll say "he was a teenager when he composed this tweet".

Dear @pastorpoju, we are annoyed and disgusted! We are insulted, that you would bring an ethnic jingoist into such a prestigious gathering. Especially one who has slandered the Christian faith.

We will have NOTHING to do with you till the evil man is gone. #BoycottThePlatform

I endorse #BoycottThePlatform.
We must be deliberate about leadership and our future going forward.

Dear @pastorpoju, if we fellowship with evil, can we pray for the grace of GOD to abound?

A Bigot on The only Platform is a conversation taken too far. #BoycottThePlatform https://t.co/euxoHWP0dF

#BoycottThePlatform
How will el rufai who said this be invited to speak in a Christian gathering. Can the Christian organizers talk about the other religion and go and speak their gathering? pic.twitter.com/dMr4T8MQ97

Nasir El-Rufai is not morally fit to stand on the podium where Christians are gathered. Not after denying Southern Kaduna Christians, the deputy governor’s position. @pastorpoju, we are disappointed. #BoycottThePlatform

This is Nasir El-Rufai, justifying the Muslim-Muslim ticket in Kaduna.

67% of Southern Kaduna Christians say they’d not vote for you because of your bigotry, what effort did you make to assuage their fears? A Muslim-Muslim ticket.

Tell Elrufai to go and fix the security situation in his state and stop running from pulpit to pulpit.

If he wants to be a pastor he can like to go to Bible college and/or open his church! #BoycottThePlatform

Dear @pastorpoju ,if the NIgerian Bar Association could rescind the invitation for @elrufai a well known purveyor of hate and violence with unbidden hate towards Christians I see no reason why the Church of Jesus Christ should have him on their stage #BoycottThePlatform pic.twitter.com/NXtPvlTaKp

I support the #BoycottThePlatform movement.

Asides from El Rufai who definitely should not be present atall, the other speakers are part of the problem we are facing now as a nation.

The platform is known for bringing though leaders and credible people so what changed?? pic.twitter.com/CYmW1b6ioX

KanyiDaily recalls that in August 2020 the Nigerian Bar Association (NBA) withdrew an invitation that it had extended to Governor El-Rufai to speak at it’s annual conference after people called for a boycott of the conference. 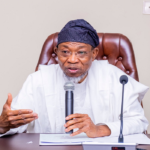