Nollywood actor, Olarenwaju James, popularly known as Baba Ijesha, who was arrested for allegedly defiling a minor has been arraigned in court. 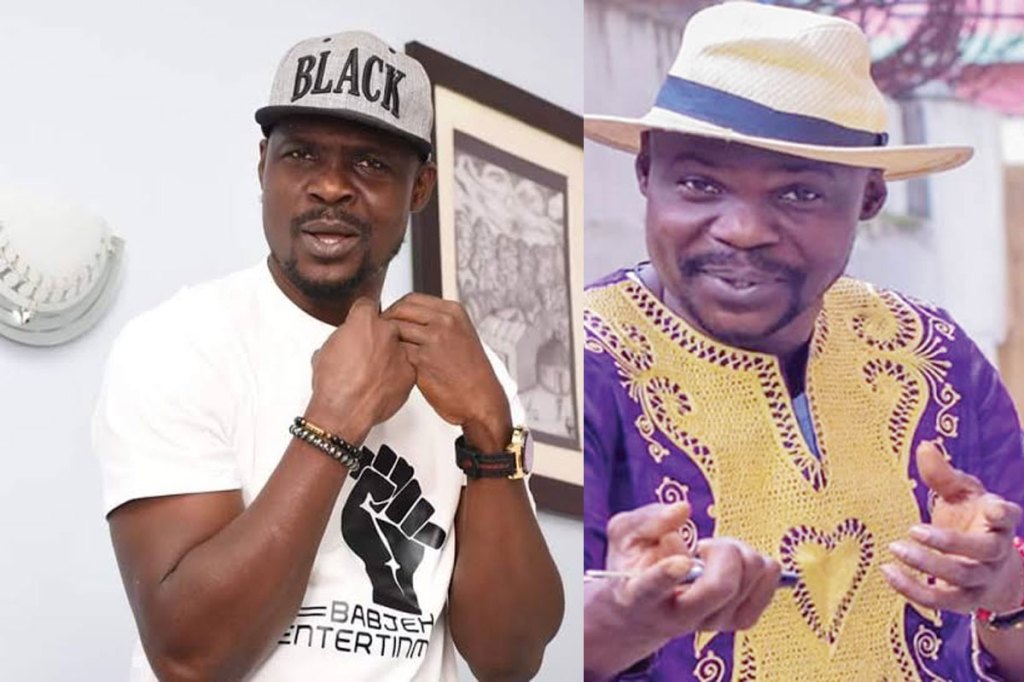 Some years ago I had challenges in my marriage and I lost a baby. Out of compassion, some parents in my area allowed their children to stay with me, so i would not feel lonely.

“There were six of them – 3 boys and 3 girls. Baba Ijesha had some challenges and he needed my help in getting into UNILAG. I enrolled him for GCE.

“That day, he came for more help and I was at home, so he came to my house, and i was not going out. I asked the children, the three boys to go play.. two of the other girls wanted to follow them.

“My aunty had come to visit me, and he was there, when she was leaving, I had to go downstairs to lock the gate after her. I did not know what happened within the space of two-three minutes, but the following week, the school called me to come and see what happened with my children. They said the girl sat on her brother’s legs and was doing her waist in the weird manner.

“The parents are very strict and accordingly, when they are with me, i monitor what they watch. The parents felt it was spiritual, and so we started praying.

“So he warned her not to tell anybody, he came back the next day to be sure she didn’t tell anybody. So he asked her to follow him to the car, that he brought food, when she followed him, he used his KEY to defile her, yet again. He didn’t come to my house again but anytime he needed help, he would call me.

“Then the child started failing in school, I will pay for private lessons, when i told my family, they told me it was spiritual, they were fasting and praying, but i knew something was wrong somewhere.

“My friend now talked to the child, asking what is going on, when i heard it, I was hurt and shocked.

“I decided to call Baba Ijesha but my friend asked us to be wise, that people will want to support Baba Ijesha If we don’t have enough evidence, I called CCTV Company to come to set up a camera.

“I sent him a DM, told him that I had a movie to shoot so he should come to the house. While he was on his way I told CCTV company to come and fix a camera so that people will not think we want to set Baba Ijesha up.

“We told everybody to leave the house, she was scared because she hadn’t seen him again since that 7 years.

“The CCTV was set up, he came in, he saw that there was nobody at home.. I told him i was going somewhere that he should feel relaxed, he said okay.

“Barely few seconds after i left, he stood up, he began to check my whole house to be sure that none of the children were awake. He checked for cameras and when he was sure there was none, he started.

“I can’t even begin to relay the things he did because i was shaking, it was too much for me.

The footage showed the actor licking and sucking the fingers of his victim before he started caressing the minor’s legs and thighs.

Baba Ijesha would later lift his victim’s dress as he further caressed her body in the video while the identity of the minor was concealed.

Princess, who broke down in tears, said she queried Baba Ijesha, demanding why he did such a thing to her and he confessed ‘It was the Devil’

Baba Ijesha was snapped sitting on the ground reading a Motivational book as he was been arraigned in court today. 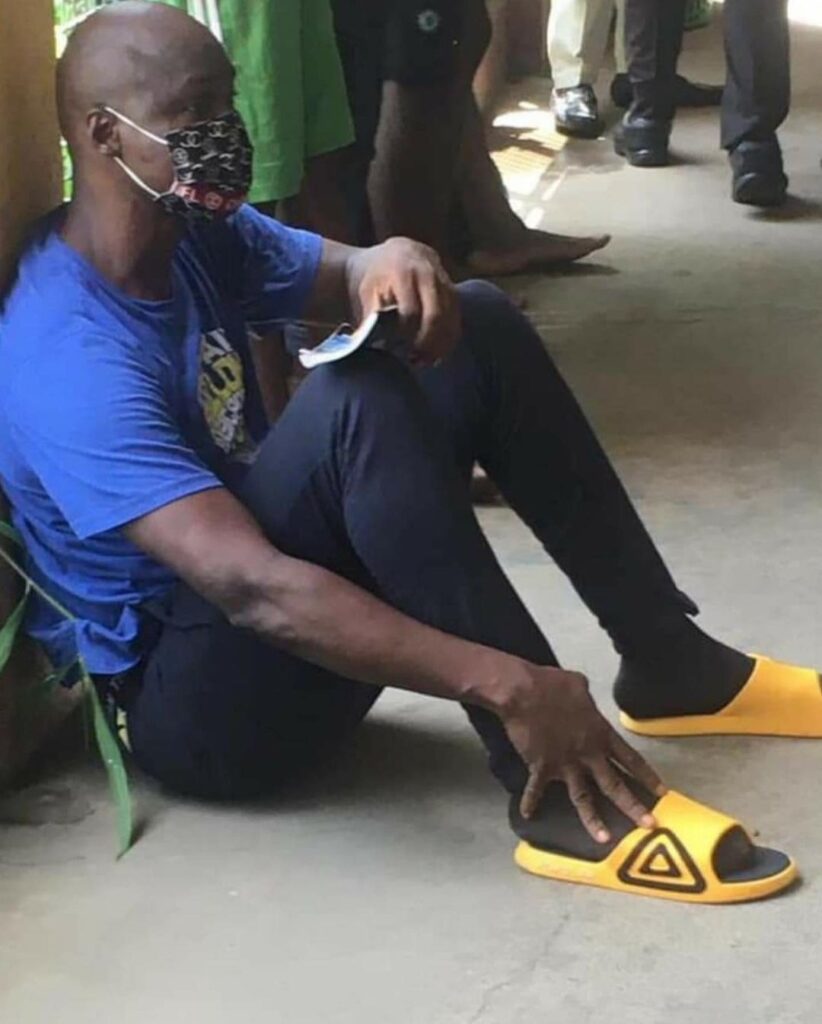 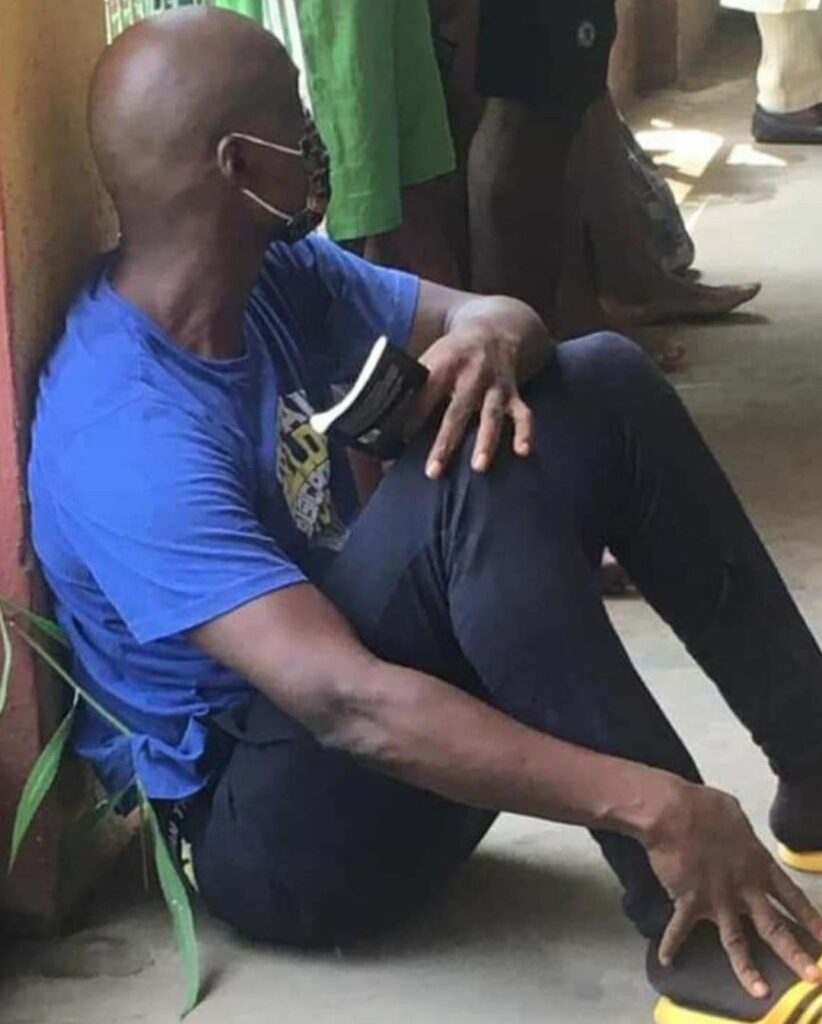 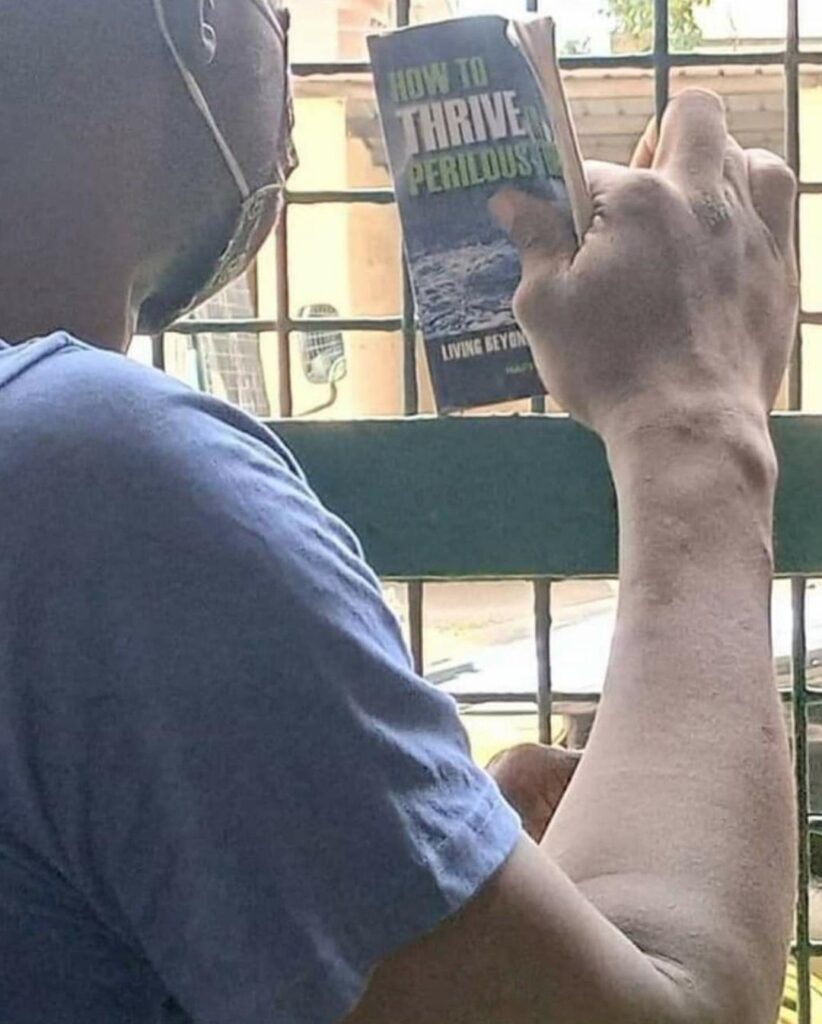 The actor was snapped holding the book ”How to Thrive in Perilous Times: Living Beyond the World System written by Happy Caldwell.

An excerpt from the book reads:

The Scripture says perilous times will come, but believers are not to be troubled by them. Author and pastor Happy Caldwell reveals how to live in victory regardless of circumstances – by knowing God’s promises of provision and protection and releasing your faith to receive.

Jesus says in Matthew 24 that when troubling times come, you are to be wary of religious deception and to keep your heart from worry. Instead, stay close to God through prayer, fellowship, and the Word – trust Him to take care of you. In the book of Timothy, the Apostle Paul counsels believers to continue in the things they have learned and to know what the Word of God promises them.

By strengthening themselves in these four areas believers can prosper even when trouble is all around them: Believers who know their Lord and learn to follow after the peace in their heart can avoid trouble. By faith, they can rise above the faulty world system of health, finances, and success, and prosper with the favor of God.