Former president, Goodluck Jonathan has denied rumours of defecting from the Peoples Democratic Party (PDP) to the ruling All Progressives Congress (APC).

KanyiDaily had reported how the APC is planning to pair Goodluck Jonathan and Kaduna State Governor, Nasir El-Rufai, for the 2023 presidential ticket.

Yesterday, reports emerged that Jonathan has finally dumped the PDP for APC, so that he can contest the 2023 presidential election on the platform of the ruling party.

When contacted over the development, Jonathan’s spokesperson, Ikechukwu Eze described the report as ‘fake news’, adding that that his principal is very busy with other activities.

“The report is Fake News, if he defects it would be announced through the proper channels. This is a man that’s very busy with other things,” he said.

KanyiDaily recalls that Primate Elijah  Ayodele had warned Goodluck Jonathan that God is not in support of him becoming the President of Nigeria for the second time. 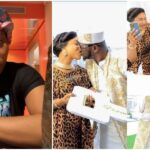 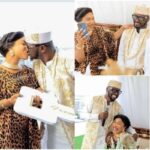