A 61-year-old Italian man, Pierangelo Pellizzari, has been arrested by the police for killing his 32-year-old Nigerian wife, Amenze Rita, in Noventa Vicentina, Italy.

KanyiDaily had reported how Pellizzari laid an ambush for Rita on Friday morning and shot her four times, killing her instantly in front of her colleagues in the parking lot of MF Mushroom, a company where she worked.

The Italian man was said to have fled the scene in a grey Jeep Cherokee after he murdered his wife because she filed for divorce a week after she returned from Nigeria.

It was further gathered that late Rita arrived in Italy in 2017 through Libya and got married to the Italian man in 2018.

The fleeing suspect was arrested on Saturday afternoon by the carabinieri, who declared him to be armed and dangerous.

The carabinieri was said to have surrounded and captured the unemployed man after he was tracked down in a house near his home in Villaga, still with the ‘murder gun’ in his pocket.

The provincial commander of Vicenza, Nicola Bianchi, who confirmed that the suspect didn’t resist arrest when he was apprehended, said “we are taking him to the barracks.” The Nigerian Ambassador to Italy, Mfawa Abam; the Chairman, Nigerians in Diaspora Commission (NIDCOM), Abike Dabiri-Erewa, as well as the Nigerian community in Italy have demanded a full investigation into the killing of Rita Amenze, by her estranged husband, Pierangelo Pellizzari.

In a statement in Abuja on Sunday, titled, ‘Envoy, NIDCOM, Nigerian community condemn killing of Nigerian in Italy, calls for justice’, Dabiri-Erewa said the alleged killing of the housewife by her husband, because she filed for divorce, was quite unfortunate.

The President of the National Union of Nigerian Associations in Italy, Mr Rowland Ndukuba, also condemned the killing and thanked the police for arresting the suspect.

“The Nigerian Ambassador, Mfawa Omini Abam, who has been informed about the pathetic death of the Nigerian, has promised that the embassy will ensure that proper investigation is carried out,” the statement said.

KanyiDaily had also reported how a Nigerian man, Moses Osagie, was arrested in Italy for allegedly killing his wife, Temitope, after threatening to do so several times. 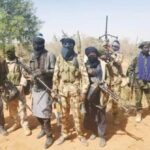 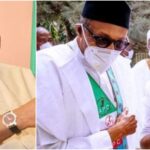