The Chairman of the Economic and Financial Crimes Commission (EFCC), Abdulrasheed Bawa has finally revealed why he collapsed at the Presidential Villa, Abuja.

KanyiDaily had earlier reported how Bawa slumped while giving his goodwill message on Thursday at the National Identity Day celebration in Aso Rock.

The 41-year-old said he couldn’t continue his speech, attributing his demeanour to the death of a colleague, and then walked off the stage before slumping on his chair.

The Minister of Communications and Digital Economy, Isa Pantami had initially calimed that the reason behind Bawa’s collapse was “due to pressure and work burden.”

Pantami also urged Nigerians to pray for the EFCC who was grieving the loss of a member of staff of the commission, adding that he was now in a stable condition.

Abdulrasheed Bawa Reveals Why He Collapsed

Speaking on Channels Television programme, Politics Today, Bawa said he had a dizzy spell midway through his speech on Thursday and he was rushed to hospital where doctors informed him that he was dehydrated.

“While giving my goodwill message during the programme organised by the National Identity Management Commission (NIMC), there was a sort of dizziness on me and I had to excuse myself from the stage.

“And of course I went straight to the hospital where the doctors confirmed to me that everything about me is okay except for the fact that I’m a bit dehydrated and need to take a lot of water.

“Straight away from the hospital, I went back to the office and now I’m back at home,” Bawa said.

KanyiDaily recalls that Abdulrasheed Bawa had revealed that over 400 Nigerian youths have been arrested for various cybercrime in the past three months. 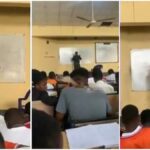 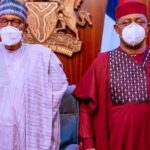