A mild drama ensued on Thursday afternoon when officials of the Rivers State Task Force clashed with military personnel at the popular Ikoku junction in Port Harcourt City Local Government Area of the state.

The Taskforce officials, who are against illegal motor parks and street trading, were said to have clashed with the soldiers over food, leading to the destruction of businesses and injuries on some roads side traders in Port Harcourt.

It was gathered that trouble started when some task force officials threw away a cooler of food belonging to a vendor from whom a soldier had bought a plate of food.

Angered by the action of the task force officials, the soldier reportedly shot into the air to warn them about the havoc they were creating in the area.

When the matter was about to die down, the task force members mobilized over ten Hilux trucks loaded with heavily armed security men who stormed the area and started shooting to scare the traders who almost became violent.

A food vendor who was at the Ikoku flyover when the fight started, said she was “attending to a military officer attached to the company handling the flyover when suddenly men of the taskforce arrived and started destroying my goods and this is the only thing I use in feeding my family. I don’t know what their anger is”.

Other traders whose goods were destroyed, expressed sadness over of the “attitude of members of the task force”.

KanyiDaily had also reported that there was a serious drama on Tuesday when soldiers attacked officials of the Lagos state clean-up committee during a raid at the Bonny Camp on Victoria Island. 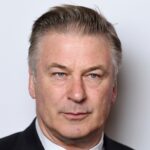 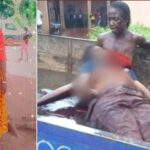