Former Big Brother Naija housemate, Jumoke Adedoyin, popularly known as ‘JMK‘ has reportedly lost all her properties including certificates to a fire incident that occurred at her house in Lagos. 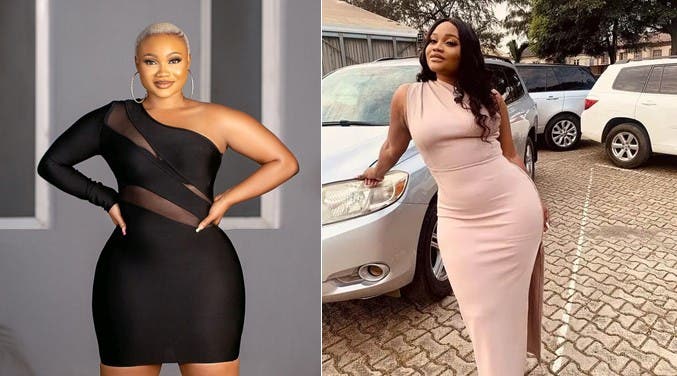 A Twitter user, Ever Diva, who shared the sad news on the microblogging platform, said that the reality star lost all her possessions including her phones, certificate, and clothes to the raging fire.

She wrote; ”Fire Burnt down everything JMK had, her phones, certificates, clothes bruhh this is heartbreaking”

It was gathered that Jumoke Adedoyin was not hurt as a result of the incident.

Angel Smith, who is also a former BBNaija housemate, confirmed the news on her Instagram Story by sending love to her colleague. 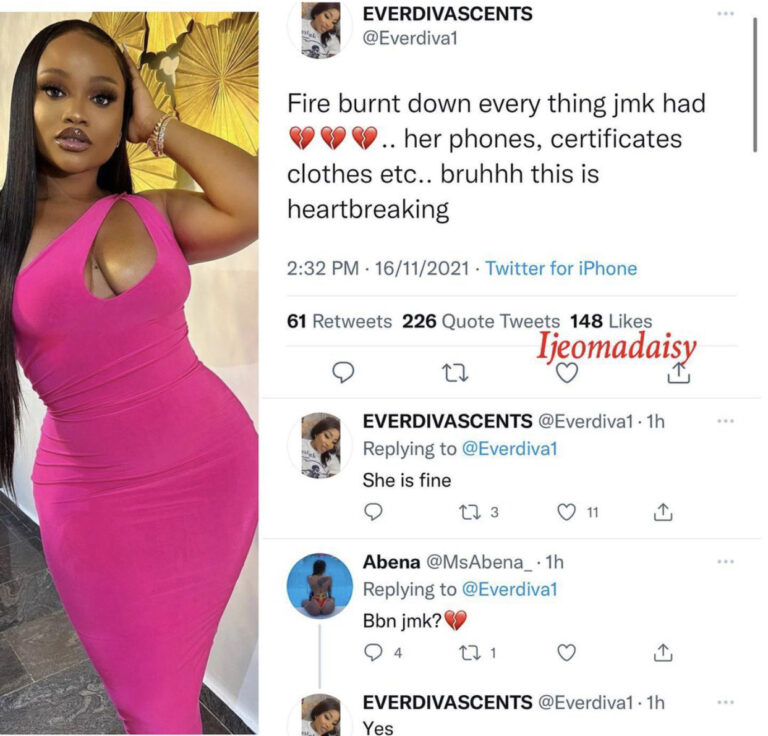 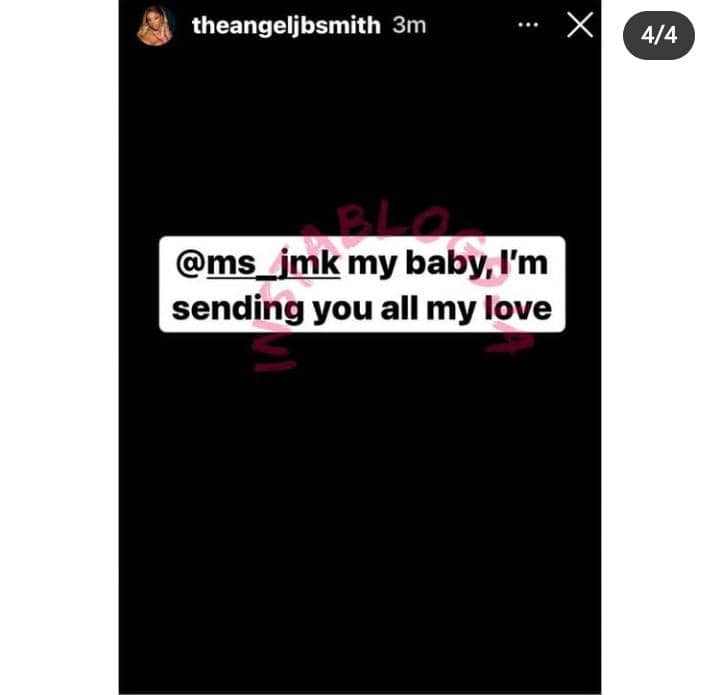 KanyiDaily had also reported how Kim Kardashian was forced to grab whatever she could and flee her home in Calabasas after Caitlyn Jenner’s house in the Malibu hills was destroyed in California’s raging wildfires. 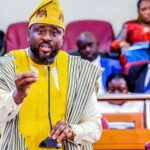