The United States Government has reacted to a report by the Lagos State Judicial Panel of Inquiry on the shooting incident that occurred last year during the #EndSARS protest at the Lekki Toll Gate.

Despite extensive and credible media coverage of the incident, the Nigerian Government and Lagos State Government had denied the killing, describing the shooting at the tollgate as “false and misleading.”

US Reacts To Lagos EndSARS Report On Lekki Massacre

In a statement on Tuesday, the US said it “welcomed the conclusion of the panel’s report” and is looking forward to the actions the government would take.

The US urged President Muhammadu Buhari and Lagos State Governor, Babajide Sanwo-Olu, to address those alleged abuses that led to the #EndSARS protests as well as the grievances of the victims and their families.

The statement reads: “The United States welcomes the conclusion of the Lagos State Judicial Panel of Inquiry with the transmission of its final report.

“We look forward to the Lagos State government’s response as part of a process that represents an important mechanism of accountability regarding the #EndSARS protests and the events that took place near the Lekki Toll Gate on October 20, 2020.

“Those events led to serious allegations against some members of the security forces, and we look forward to the Lagos State and federal governments taking suitable measures to address those alleged abuses as well as the grievances of the victims and their families.”

Meanwhile, the Human Rights Writers Association of Nigeria (HURIWA) has called for the arrest and prosecution of the Minister of Information and Culture, Lai Mohammed, for lying to Nigerians about the killing of unarmed #EndSARS protesters at Lekki Toll Gate. 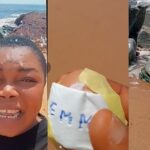 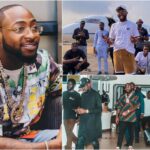