Former presidential aspirant, Adamu Garba has slammed the federal government for justifying its constant borrowing which doesn’t reach the masses. 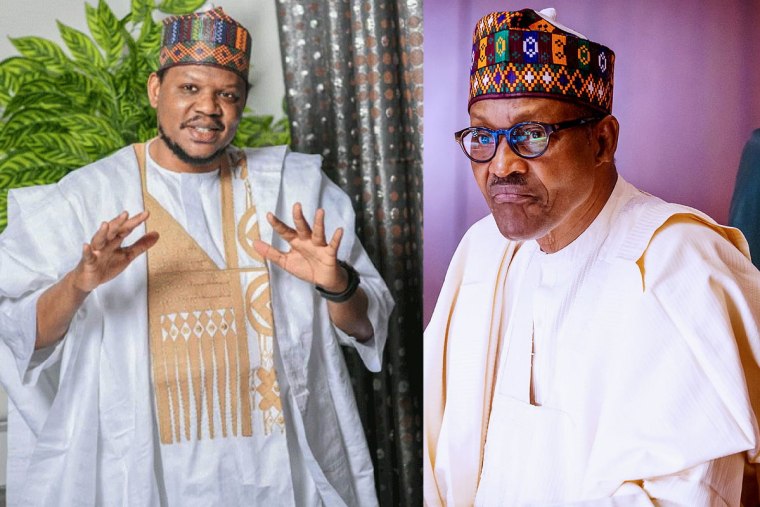 In a post shared on his Facebook page, Garba said that the government had borrowed billions of naira and claimed that it spent the money on Nigerians in the past few years under different social intervention programmes.

Garba, who is a chieftain of the ruling All Progressives Congress (APC), lamented that despite the constant borrowing, no one can prove that they actually benefited from the money disbursed by the government.

He wrote; ”They borrowed & borrowed, they claimed to have spent it on us, yet we can’t substantiate anything from it.

“Now théy want to pay for it. Yes! We must pay our debt. But can we trust them with our votes again? We need to retire them. Time is up!” 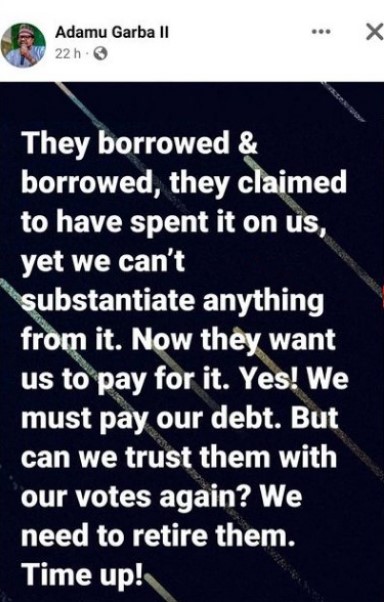 KanyiDaily recalls that  Adamu Garba had vowed that he will grant sovereign autonomy to Republics of Biafra and Oduduwa if he becomes the president of Nigeria. 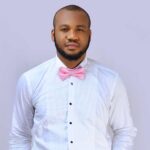 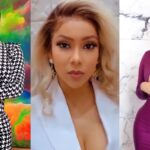