Katsina State Commissioner for Science and Technology, Rabe Nasir has been killed by unknown gunmen at his private residence located at GRA along Daura Road in the state capital.

The Commissioner of Police in the state, Sanusi Buba, who confirmed the incident while addressing journalists on Thursday, said the deceased was killed after returning home on Wednesday night.

Buhari said that one suspect has been arrested in connection with the incident, adding that the police has begun investigating the killing of the Commissioner.

He equally explained that security operatives have taken over the residence and evacuated the commissioner’s corpse to the Federal Medical Center Katsina.

READ:  Governor Obiano Spotted Chilling With His Wife In The US, Speaks About His Wealth [Photos]

He worked with the Department of State Services (DSS) and the Economic and Financial Crimes Commission (EFFC). He was also a member of the House of Representatives between 2007 to 2011 representing the Mani/Bindawa federal constituency.

READ:  We'll Lockdown South-East If Nnamdi Kanu Is Not Released Before Monday - IPOB 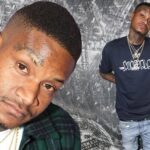 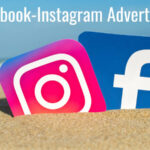