A Caucasian man identified as Ryan LeMasters has taken to social media to shower encomiums on a director in his company for portraying the act of leadership. 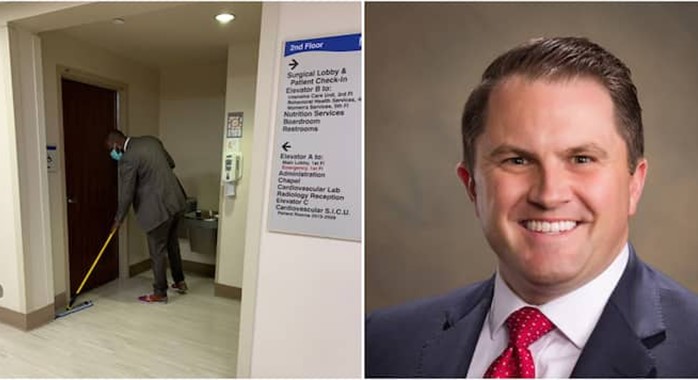 Taking to his LinkedIn page, Ryan revealed that he was left awestruck after he caught the black director whose name wasn’t given cleaning the office floor in the morning.

Sharing a photo of the director while at the cleaning, Ryan hailed the man for leading from the front, demonstrating what leadership really is, and serving as a great example to everyone present when it happened even though he was embarrassed when he found out that he was being watched.

Ryan wrote; ”This is what leadership looks like. In my morning rounds today I caught my EVS Director leading from the front.

“Such a great example to me, his staff, and everyone who silently watched him. He didn’t know I was taking the photo. Was embarrassed when he saw that I was. He’s a humble, hard worker.” 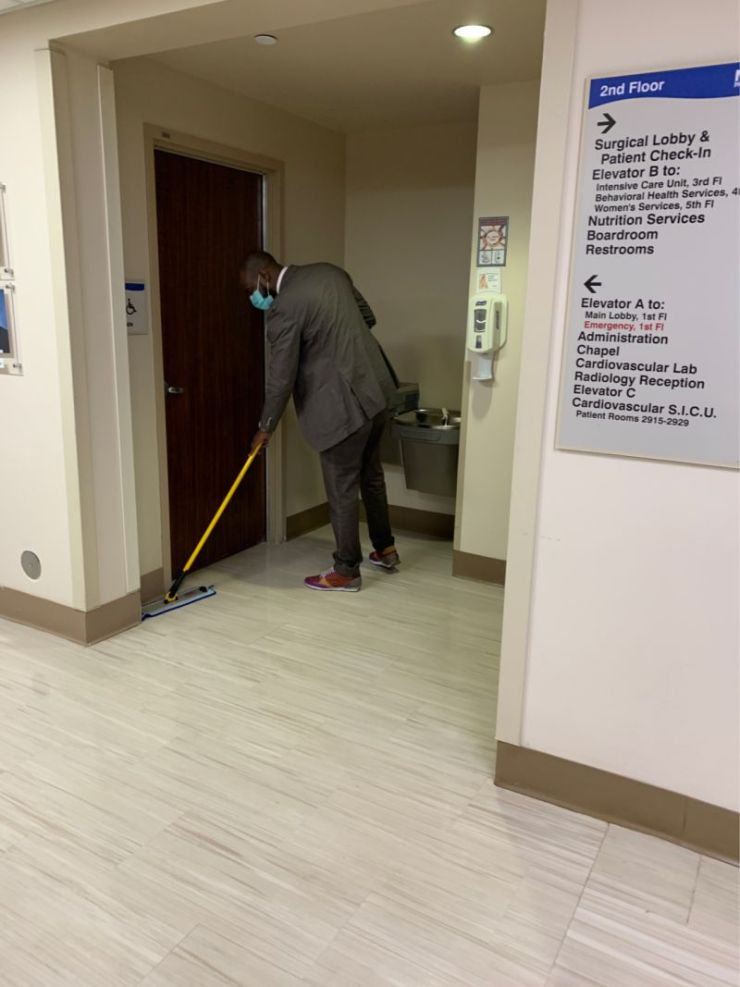 While many social media users shared in the white man’s sentiment, others questioned the motive behind the black director’s action.

Kenneth Adams said: “Being a leader means that your capable and willing to do the job of those you lead. Leaders don’t create followers, they create other leaders.”

David Walker stated: “I’ve never worked at a place where my “leadership” people got their hands dirty with me. I guess they are sitting in their offices, reaching their endgame.

“I feel if more people like this would get out and work alongside their employees it would positively affect morale. In the least sense they would see first hand what their employees are dealing with.”

READ:  Davido Didn't Pick Or Reply My Messages After Offering To Help Me – Cynthia Morgan [Video]

Gaurav Rai wrote: “He is not an example ….he is the landmark…need to understand everyone job and responsibilities great leader respect the work…not only work only they know …..vision should be clear.”

Raymond Eble thought: “Great picture of a true servant leader in action. Truth is most facilities managers perform these duties on a daily basis.

“They also go about their business without any fanfare or recognition. It’s nice to see you taking the time to recognize this dedicated EVS leader. Thanks for sharing !”

KkanyiDaily had also reported how a Florida nanny, Marissa Mowry, was sentenced to 20 years in prison for sexually abusing her employer’s 11-year-old boy multiple times, which resulted in her getting pregnant and giving birth to his child.