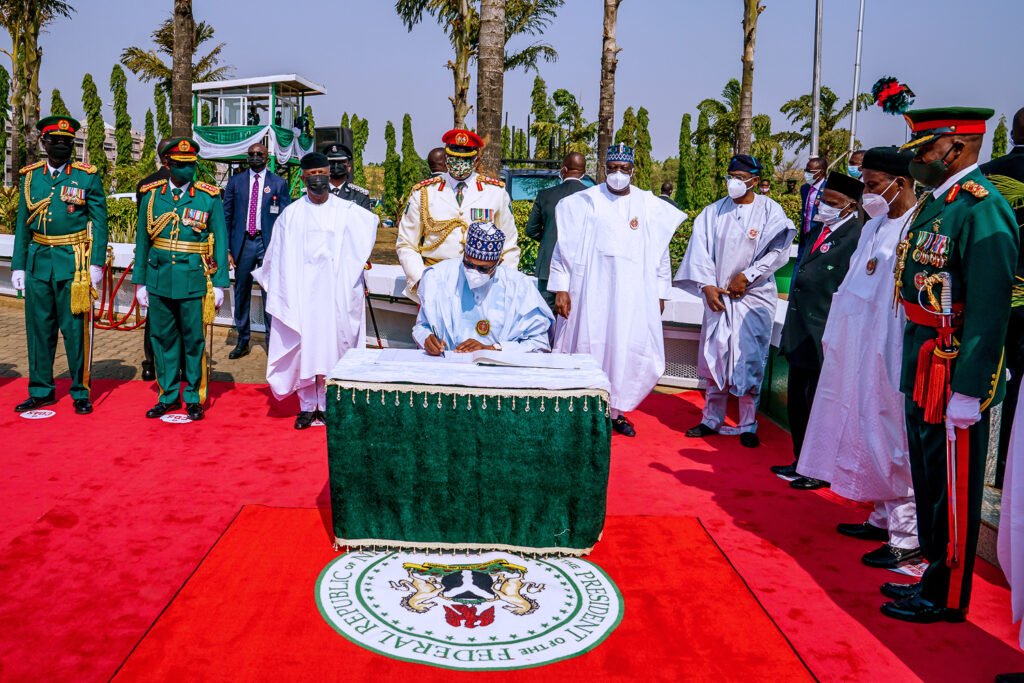 The event which was held to honour the fallen heroes was also attended by the Senate President, Ahmed Lawan, Speaker of the House of Representatives, Femi Gbajabiamila, the Secretary to Government of the Federation, and the Chief Justice of Nigeria, Ibrahim Tanko Mohammed.

The colourful ceremony, which is observed every January 15, usually holds at the National Arcade, opposite the Eagle Square, Abuja.

The 2022 edition featured parade by the Nigerian Armed Forces. The event holds simultaneously across the 36 States of the federation.

READ:  Couple Shamed By Residents After Being Caught Red-Handed Having Sex In A Car - See Photos 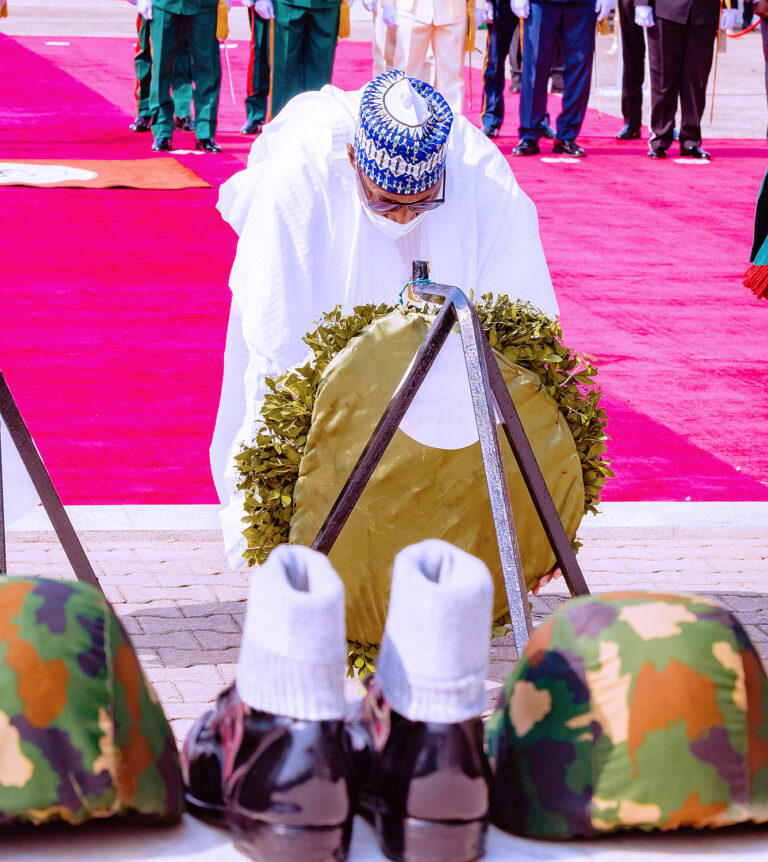 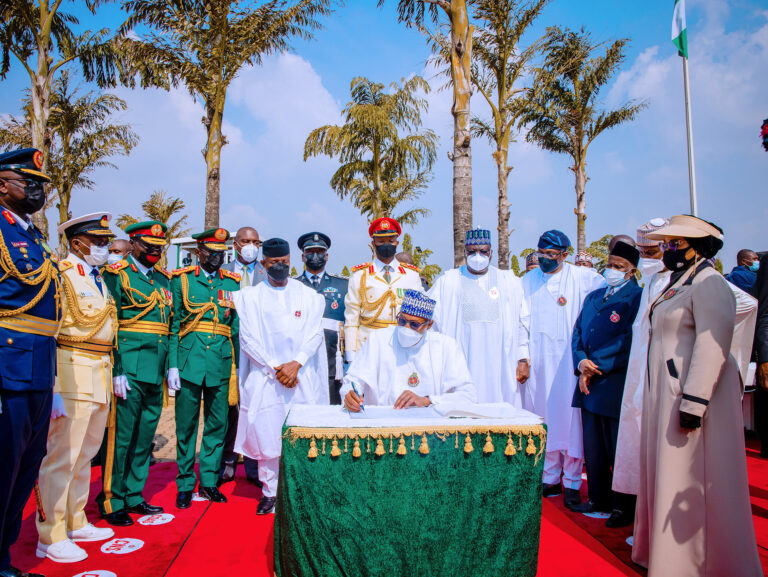 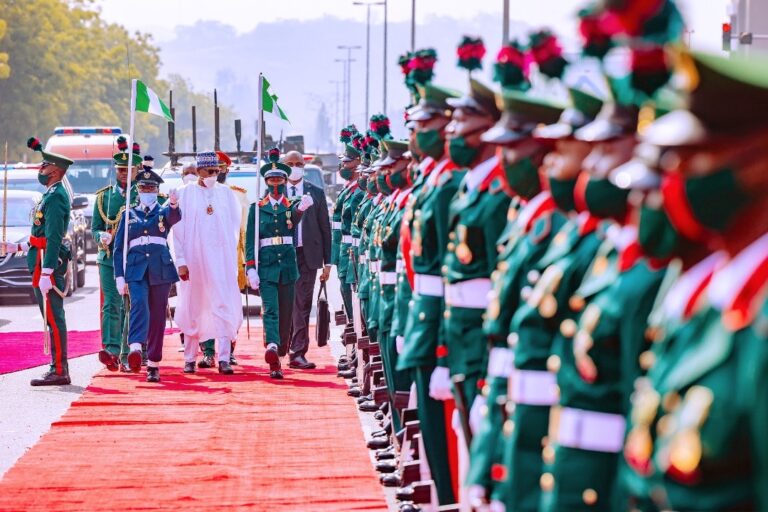 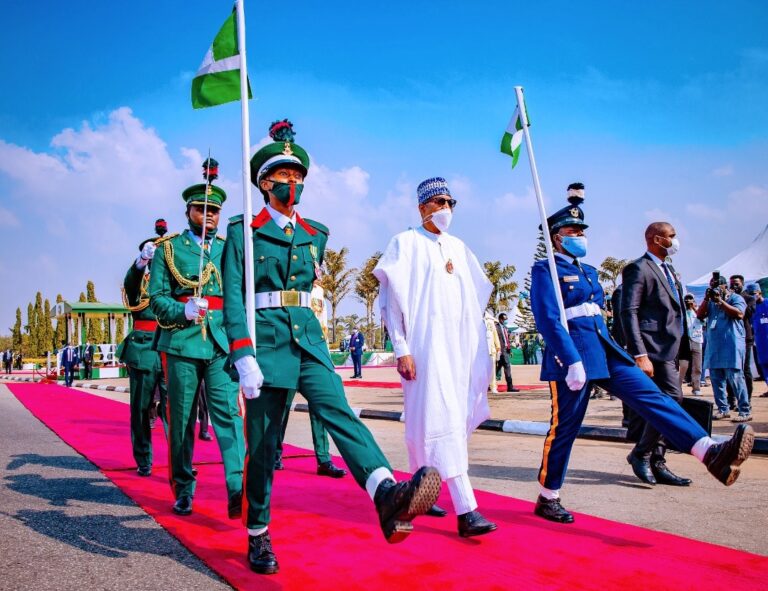 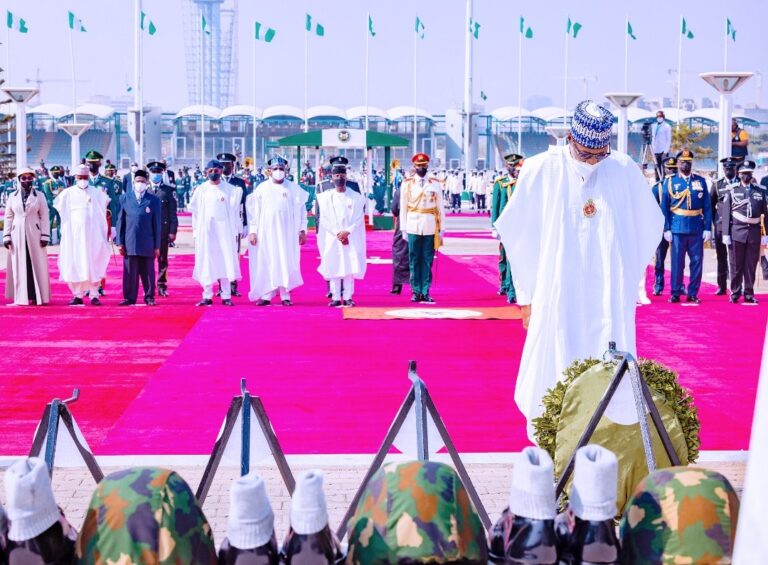 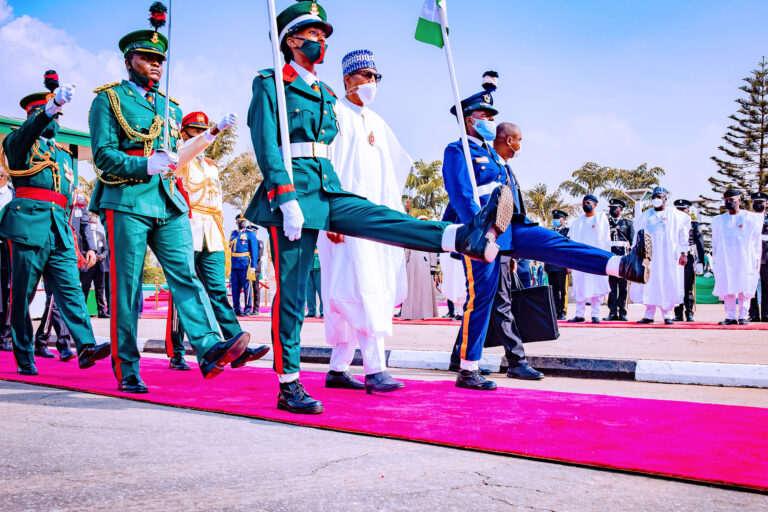 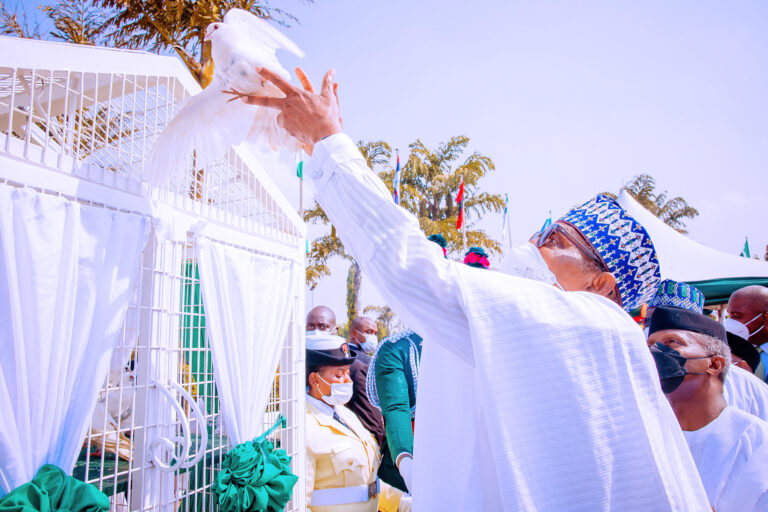 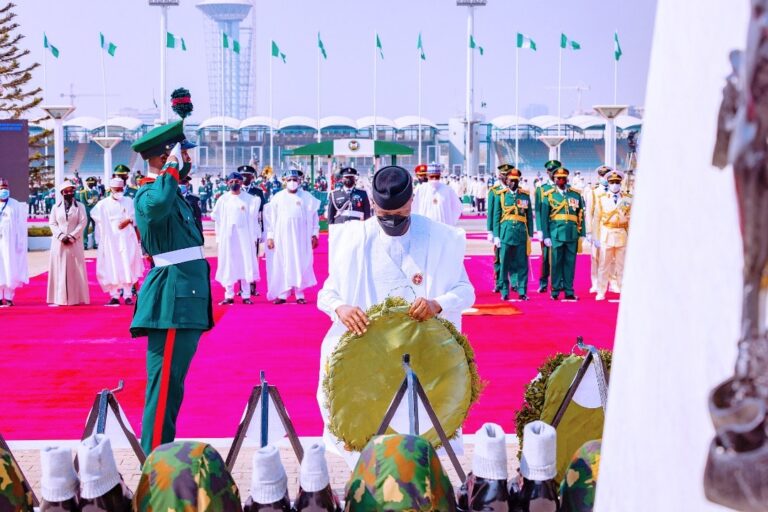 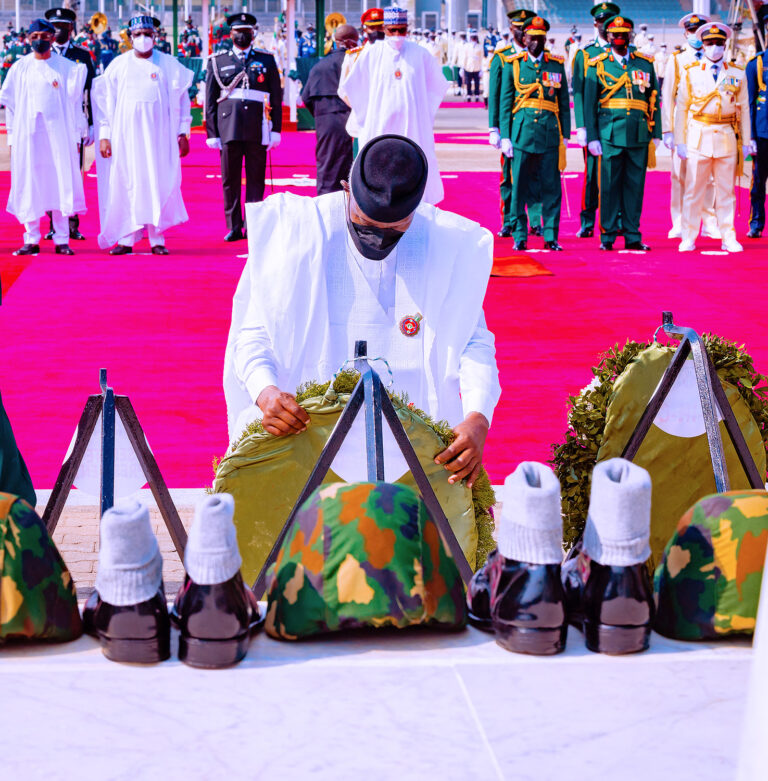 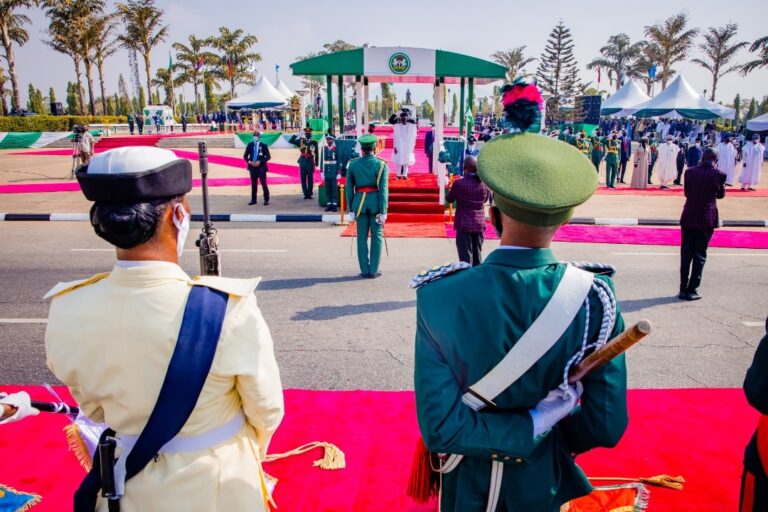 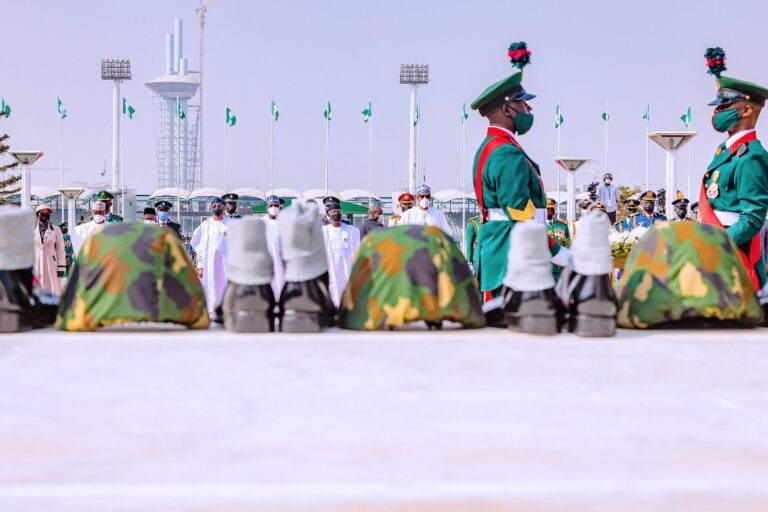 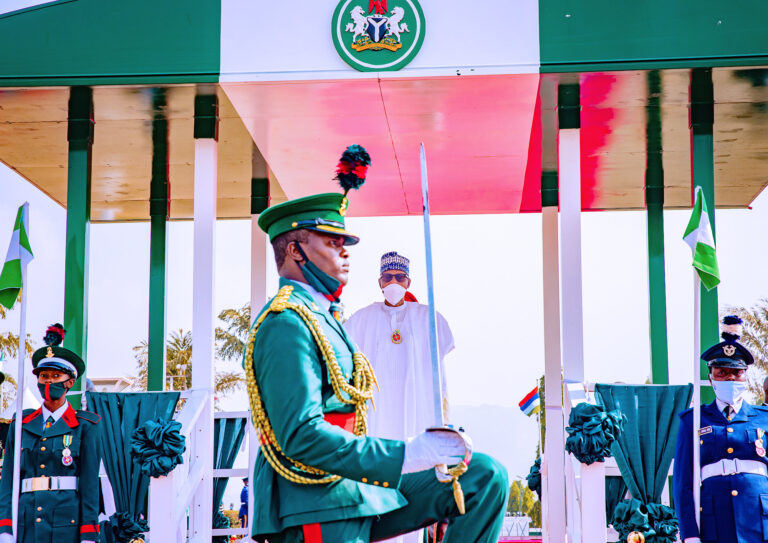 Meanwhile, Air Peace has announced the introduction of a priority boarding policy for Nigeria’s military personnel, both serving and retired, to honour them for the huge sacrifices they make for the nation.