The Accident Investigation Bureau (AIB) has revealed that a helicopter owned by the Nigeria Police Force (NPF), which took off from Abuja, crashed at the Bauchi airport. A statement signed by AIB spokesman, Tunji Oketunbi, stated that six persons were onboard the copter when the crash occurred around 07:30 pm on Wednesday.

AIB said it was notified of the incident by the Nigerian Airspace Management Agency (NAMA), adding that no death was recorded but there were injuries.

The NPF helicopter had departed Abuja at 16:54 UTC for Bauchi with six persons on board maintaining 5,500ft. There were some injuries but no fatality.

“The investigating agency, AIB-N, needs and hereby solicits for your assistance. We want the public to know that we would be amenable to receiving any video clips, evidence, or information any member of the public may have of the accident that can assist us with this investigation.

“The Bureau will appreciate that the general public and press respect the privacy of the people involved and NOT assume the cause of the accident until a formal report is released.”

KanyiDaily had reported how Nigeria’s Chief of Army Staff (COAS), Ibrahim Attahiru died along with other military officers in a plane crash while on an official trip to Kaduna on Friday, May 21, 2021. 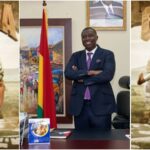 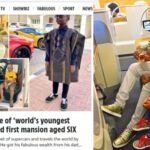