Former Governor of Ekiti State, Ayodele Fayose has expressed confidence that he will defeat the national leader of the All Progressives Congress, Bola Tinubu, in the 2023 presidential election. 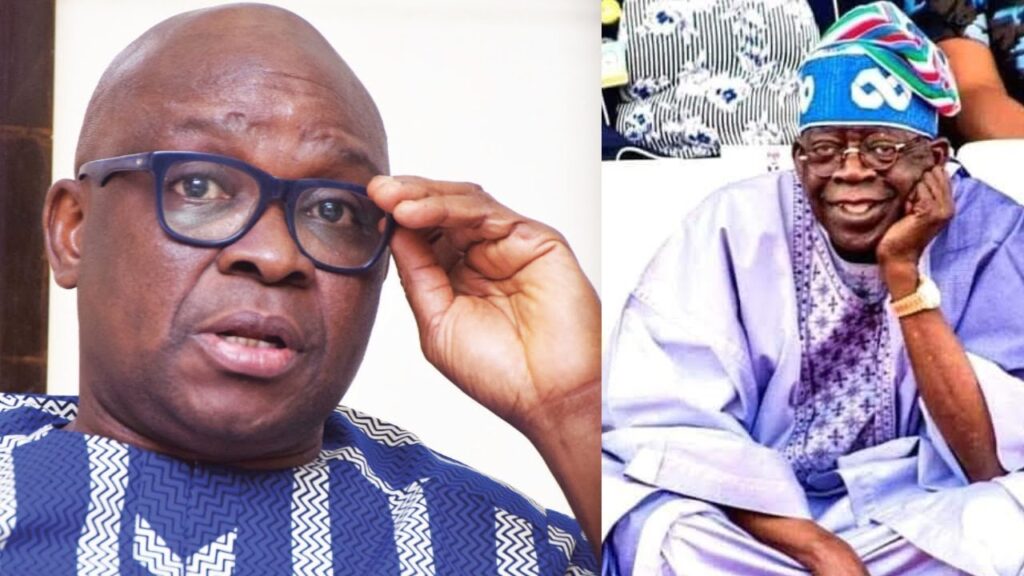 described as heresy or loose talk the claim that he has pledged to support the presidential ambition of the national leader of the All Progressives Congress, Asiwaju Bola Tinubu.

During an interview with Saturday PUNCH, the ex-governor said the insinuations that he pledged to support Tinubu’s presidential ambition are loose talks.

According to him, he might consider joining the 2023 presidential race if the Peoples Democratic Party (PDP) zones its presidential ticket to the South-West, and he would defeat the APC leader at the polls.

READ:  2023: I'm Nigerian, Being Igbo Will Not Limit My Presidential Ambition - Pius Anyim

Responding to a question on his alleged pledge to back Tinubu’s presidential ambition, Fayose said, “I have said it over and over, Asiwaju remains a Yoruba leader; I remain a Yoruba leader. We are in different levels of leadership.

“You don’t know maybe I will still contest. If I come out and they zone it to the South-West and they say it’s Fayose, if they pick Asiwaju, I will defeat him!”

Fayose further rubbished the claim that he had pledged his support for Tinubu, wondering what he stood to gain from the APC chieftain’s presidency as a member of the opposition PDP.

He said, “I have never seen the quote. It is impossible. How do I claim to be the husband of a woman in another man’s house? It is all heresies. Loose talks!

“Listen, PDP government is far better than the APC government in Nigeria. Would he (Tinubu) leave the APC people and come to give me appointments or will he make me vice president, such that I work for the APC? It is not possible.

“Tinubu is for the APC, I am for the PDP. All these insinuations are just to call the dog a bad name so as to hang it.”

READ:  United Arab Emirates Women To Breastfeed Babies For Two Years Or Get Sued By Husband

‘Nigeria Doomed If PDP Fails To Defeat APC in 2023’

On his claim that the PDP is Nigeria’s brightest choice in 2023, Fayose said Nigerians would be doomed if they fail to replace the APC with the PDP in Aso Rock come 2023.

“Don’t forget that the impact of these things is more felt by the masses. It is the people that are at the receiving end. The cost of diesel today is about N400 per litre; during President Goodluck Jonathan’s (PDP) time, it was N140, N145.

“Whatever we are saying, it is either Nigerians want to remain in perpetual poverty or they save themselves. It is about Nigerians themselves.”

KanyiDaily recalls Ayodele Fayose had praised Bola Tinubu, describing him as one of the greatest builders of men in Yorubaland and Nigeria at large. 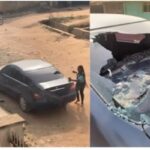 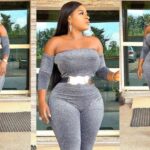