Reverend Father Ejike Mbaka has shut down Adoration Ministry Enugu, following the ban placed on it by the Catholic Bishop of Enugu Diocese, Bishop Calistus Onaga. 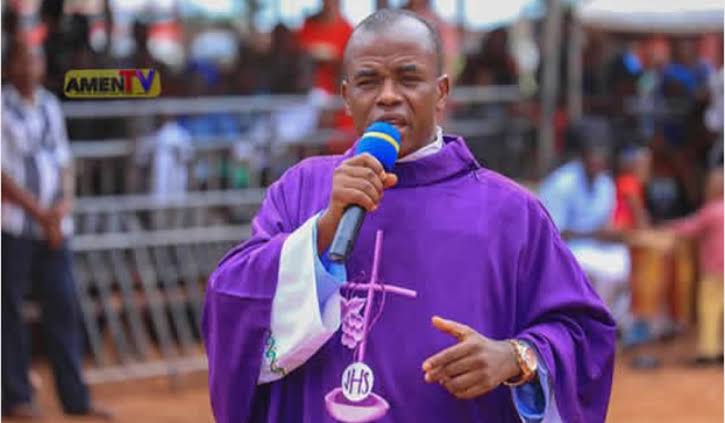 Kanyi Daily News earlier reported that The Catholic Diocese of Enugu imposed a ban on the founder of Adoration Ministry Enugu, Rev. Father Ejike Mbaka, due to his teachings and political utterances following his verbal attack on Labour Party presidential candidate, Peter Obi.

Why did Father Mbaka shut down Adoration Ministry?

While addressing his worshippers recently in Enugu, Father Mbaka declared that the former Anambra governor cannot be Nigeria’s President because he is a stingy man who refused to donate to the church.

The priest said many abusive things about the LP presidential candidate which drew public anger toward him on social media.

Amid the outrage, the Catholic Diocese of Enugu had issued a statement where it condemned and dissociated the church from Mbaka’s comments.

A letter signed by the Bishop of Enugu Diocese, Callistus Onaga said the ban on Father Mbaka was because of his teachings and utterances which violates the Catholic faith

“In the light of the happenings in the Catholic Adoration Ministry Chaplaincy Enugu; capable of undermining the Catholic faith and teachings; and after several fraternal corrections and admonitions to Fr. Camillus Ejike Mbaka, the Chaplain of the Ministry; and after having given him pastoral directives and guidelines for the Ministry Chaplaincy, which he persistently violated;

“and in fulfilment of my pastoral duties as the Chief Shepherd with the obligation to promote and safeguard the Catholic faith and morals in Enugu Diocese, I hereby prohibit all Catholics (clergy, religious and lay faithful) henceforth from attending all religious and liturgical activities of the Catholic Adoration Ministry until the due canonical process initiated by the Diocese is concluded.

“I enjoin all the Christian Faithful to keep praying for Fr. Mbaka and the Catholic Diocese of Enugu as I entrust him and the Diocese to the maternal care and protection of the Blessed Virgin Mary, Queen of the Apostles. Fraternally Yours in Christ.”

In other news, Nigerian sociopolitical activist, Aisha Yesufu has responded to those calling on her to become the running mate of Peter Obi, the presidential candidate of the Labour Party (LP) by sharing Ten Reasons Why She Can’t Be Peter Obi’s Running Mate. 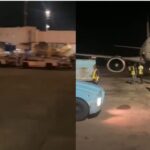 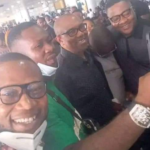