The Spiritual Director of Adoration Ministry Enugu, Rev. Fr. Ejike Mbaka has declared that the presidential candidate of the Labour Party, Peter Obi, would fail in the 2023 general election. 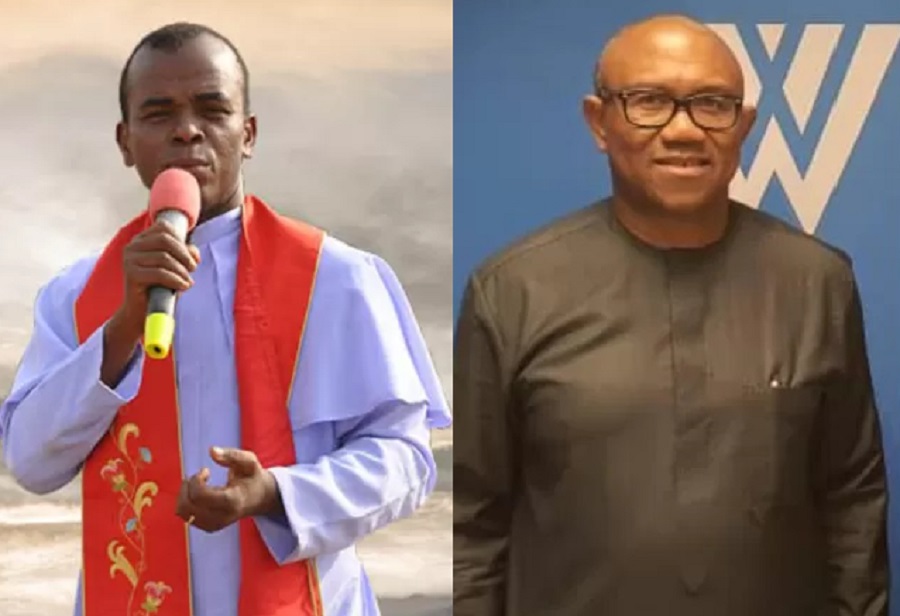 The cleric spoke against the former governor of Anambra during a prayer service on Wednesday at the church in Enugu, which was attended by thousands of worshippers.

According to him, Peter Obi cannot be Nigeria’s President because he is a stingy man who refused to donate to the church.

Mbaka also claimed that he helped Peter Obi become the governor of Anambra, “but he did not come to appreciate God”

The man of God, who endorsed the presidential candidate of the Peoples Democratic Party (PDP), Atiku Abubakar, claimed that Obi will only become Nigeria’s president if he comes to kneel at the Adoration altar.

He said, “It is better to have a president who is a gifted old man than a young man with ‘gum’ hands. Peter Obi has a mouthful, he has nowhere to go unless he kneels on the Adoration altar.

“Who doesn’t spend his money eating is who you want to support? Do you want people to starve? If he becomes president, he will close our ministry.

“If Igbo people are looking for a representative in Nigeria, Peter Obi is not that kind of person. Whoever refuses to donate to the church should not be the president”

READ:  Groom's Ex-lover Wears Gown, Storms His Wedding To Cry And Beg Him To Take Her Back [Photos/Video]

Mbaka went on to say that this was how Peter Obi left the APGA and joined the PDP, despite all the support that Odumegwu Ojukwu had given him to become governor.

He said, “I (Peter Obi) started with Ojukwu, in the middle of the night you released Ojukwu, released Igbo is Igbo, released APGA, joined the PDP.

“He has now defected to the Labor Party, and his pregnancy is over. You know that there is nothing that students hate about ‘labour, everyone supports labour. If he takes this position from APGA, we know he has people to replace him.”

READ:  See The Branded 'Garri Soaking Package' APC Are Giving To Nigerians Ahead Of Elections [Photos]

Look at what Mbaka is spewing. Well it reinforces the fact that @PeterObi doesn’t compromise on finances. We no dey give shishi @AfamDeluxo @OgbajiIfeanyi pic.twitter.com/nqc9MXkqY5 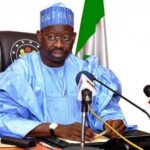 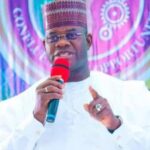