Minister of Labour and Employment, Chris Ngige said if not for the “strong leadership” of President Muhammadu Buhari, Nigerians would have become refugees in Cameroon and Niger Republic. 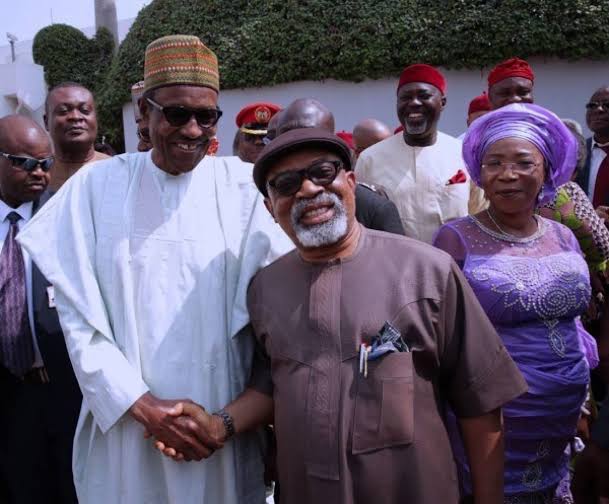 Speaking on Wednesday after his induction as an honorary fellow of the Institute of Leadership, Entrepreneurship and Corporate Governance (INSLEC) in Abuja, the Minister applauded Buhari for saving Nigeria from becoming like Venezuela plagued with political instability and economic crisis.

According him, Nigeria would have been like Venezuela, and many citizens would have spilled into Cameroon, Niger, and other places as refugees without Buhari in power.

Ngige said although Nigeria is passing through hard times, it is not the fault of the current government, but a result of poor planning over the years, adding that good leadership is critical to the survival of any human society.

He said, “A good leader must be an implementation man. He should be knowledgeable, because after the vision, he will dissect and crystalise them. He should be a jack of all trades and master of all,” he said in a statement signed by Charles Akpan, deputy director of media in the labour ministry.

“He must also be compassionate, knowing when to temper justice with mercy, to show the human part of him. He should exude milk of human kindness.

“I know that our country is passing through a very rough time now because we have not planned well. It is not this administration. We know we were all dependent on oil. So, when oil prices came crashing and when security issues arose, disrupting production, we were caught napping. Because of that, we went into recession. Later on, COVID-19 forced us to go into a second recession. We are not yet out of the woods.

“We thank God. I am part of this government. I know that if we don’t have the kind of leader that we have who is strong like President Muhammadu Bihari, the experience of Nigeria would have been like that of Venezuela.

“The citizens of Nigeria would have spilled into Cameroon, Niger and other places as refugees. We were looking forward to it. But he forced us all to go into agriculture. We made agriculture the first signature programme of the administration and provided food security so that we can eat whatever we grow here.”

Russia Invasion: FG Urges Nigerians In Ukraine To Be Vigilant And Protect Themselves

Akinwumi Adesina Calls For Restructuring, Says Each State Should Control Its Resources