To a self-confessed assassin in Kano State, the lives of two lawmakers are not worth more than N40,000.
That is the amount he and his colleagues were allegedly paid by their suspected sponsor to assassinate Hon. Ibrahim Abba Garko and Hon Isa Kademi, both members of Kano State House of Assembly. The money was said to have even been paid in two installments of N20,000 each.

Garko was killed on  November 17, 2012 by gunmen operating on motor bike in front of his house located at Yanáwaki Ungwa-Uku General Area while Kademi fell to the assassins bullets on December 14 in front of his guest house situated at Hotoro Maradun during the evening rush  hour.

Until their assassination, Garko, of the Peoples Democratic Party (PDP), represented Garko local government in parliament whereas Kademi, of the All Nigeria Peoples Party (ANPP), was a three-time chairman of Gaya local government and a former chairman of Association of Local Governments in Kano State.

Sunday Vanguard exclusively obtained the interrogation tape of the professional dyer-turned- self-confessed assassin, Ibrahim Lawal, in which he claimed to have been  a member of the gang that murdered the two lawmakers and named one Alhaji Sale Kura, a PDP chieftain, as their sponsor.

Kano State Police Commissioner, Mr  Ibrahim Idris, had, on Wednesday, paraded Lawal and Sale in connection with the assassination. Both of them, however, denied afterwards, their involvement in both killings to journalists.

“I am not a member of Boko Haram. I am a hired assassin and armed robber. We operated in a group of six and all of us live at Ungwa Uku,”Lawal told interrogators in the 25-minute tape.

On the killing of the lawmakers, the suspected assassin said, “We were mobilised by Sale Kura who personally handed over to me N20,000 twice (making N40,000) and we trekked to the abode of one of the targets while some other members of the gang arrived on motorbike.

“The target was identified and we went out of our way to spray others within the vicinity to avoid any of them recognising us. The gang escaped in the ensuring melee.”

The first scene of the video tape of Lawal’s interrogation opened in an apartment where six cops, led by a high ranking officer, were seated. A Mobile Police officer came in with the  suspected assassin.
A gentle voice fired the first salvo,”Who are you”?

The suspect answered: “My name is Ibrahim Lawal; I live at Layin Yarbawa Ungwa-Uku. I had my primary  education at Ungwa Uku, and proceeded to Government Secondary School Bichi. I ventured into professional dying after I dropped out of secondary school. I maintained a shop at Layin Tazarce at the same quarters.”

“Tell us more about the group”?, one of the police officers said.

On how he joined the gang, the suspect alleged, “I was personally recruited into the group by Alhaji Sale Kura who happens to be my neighbor and we enjoy a close relationship since 1999 when he became the PDP chairman of Tarauni Local Government Area of Kano State”.

Asked to comment on the criminal gang, Lawal stated:  “We are not only into killings, we were also involved in violent robbery operations and Alhaji Sale Kura usually provided  us with concoction to drink before embarking on operations. The drink had the effect of emboldening us  as we confronted  risks head on”.
The interrogation drew to a close with a question on how the suspect was captured by the police.

Lawal stated: “I was with Mabo, the leader of the gang, when we received a call that a person on our hit list was sighted around Mabo shop and we quickly armed ourselves and moved in but, on arriving at the shop, the said person was no where to be found.

“As we were returning to my shop on a motorbike, we were accosted by a team of police officers who arrested me but Mabo was lucky as he escaped.”

Already, the state command of the Police has vowed not to spare anyone connected with the assassination of the lawmakers.

A senior officer of the Command told Sunday vanguard that “we would ensure that our investigation into the matter is very thorough as well as send the right signal that the Police Force of today means well; just as our Inspector General, MD Abubakar, is leaving no stone unturned in his transformation of the Force 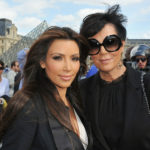 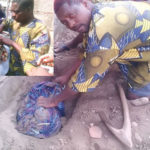