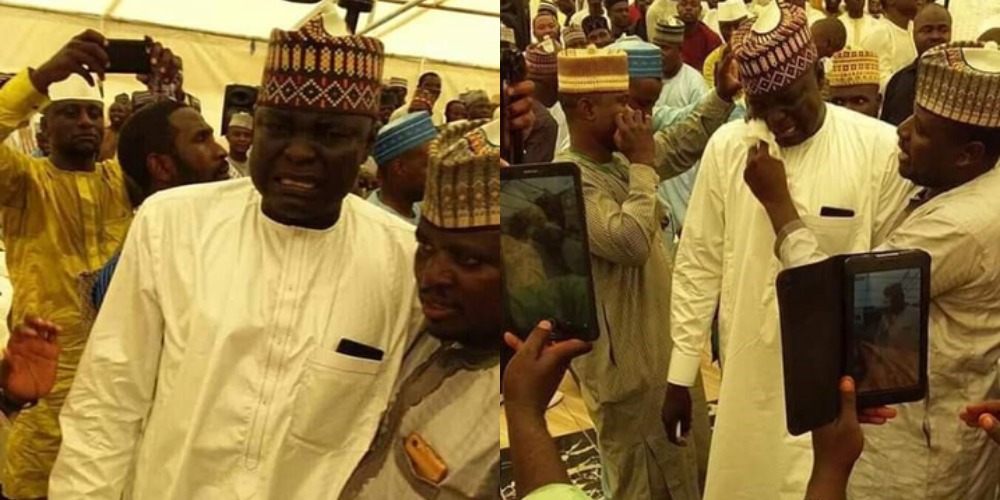 A Zamfara lawmaker, Alhaji Manir Gidanjaja who defected to the Peoples Democratic Party (PDP) three weeks ago has returned to the All Progressives Congress (APC), crying bitterly and begging for forgiveness amidst tears.

During the APC’s stakeholders meeting held over the weekend at the residence of former governor, Abdul’aziz Yari in Talata-Mafara, Gidanjaja was seen weeping and begging for forgiveness from APC leaders as people held him begging him to stop crying.

A former lawmaker in Zamfara, Alhaji Manir Gidanjaja, who defected to the predatory @OfficialPDPNig 3 weeks ago, has dumped the party and scampered back to @OfficialAPCNg, weeping & begging for forgiveness.

Speaking about his defection, Gidanjaja said he joined PDP last month due to some reasons beyond his control. He alleged that ever since defected to PDP, he hasn’t been recognized .

The Former lawmaker also claimed that he hasn’t seen any good political leadership in the opposition party. Gidanjaja said:

“I am happy to be here today to clear myself from some circumstances I found myself. I want to tell the entire people of Zamfara State and Nigeria that I have returned from PDP to the APC. I returned to APC because my political supporters are not willing to join PDP. I want to use this opportunity to apologise to our APC leader in the state, Alhaji Abdul’aziz Yari, state APC Chairman, Alhaji Lawal Liman and entire APC members in this state over what happened.”

“I am seeking your forgiveness over what happened. I am sure those very close to me are aware of the circumstances I found myself which led to my defection to PDP. I joined PDP last month due to some reasons beyond my control and since my defection, I have not been recognized, I have not seen good political leadership in PDP.”

Liman, the state APC Chairman in his remark thanked the lawmaker for returning to the party. He concluded saying the party has remained strong despite losing leadership of the state following a Supreme Court judgement.

“As I always say, no political party has supporters and followers like APC in this state, therefore, we are not afraid of going to the ballot box even tomorrow,” he said.

According to Liman, the meeting was organised by the state leadership of the party to show their solidarity with Yari. 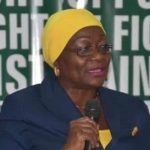 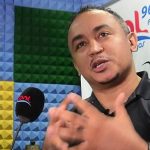