The Minister of Transportation, Rotimi Amaechi has expressed concern that the completion of the Kano-Kaduna rail project would be delayed because China had stopped releasing funds as it used to in the past. 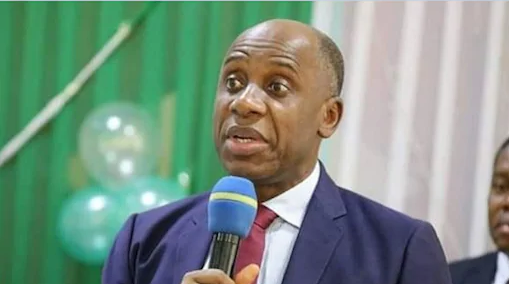 Speaking with journalists while inspecting work on the project in Kano on Friday, the Minister said the Federal Government is sourcing funds for the project from various financial institutions for the execution of the project.

Amaechi also said the government has approached Standard Chartered bank for the funding as it was yet to conclude the loan agreement with the Chinese.

The Minister also hinted that the Federal Government has so far injected over $400million into the project which is pegged at $1.2billion, and slated for completion in 18 months.

He said: “I like Nigeria and that is why I love to be a Nigerian, the first time, it was you are borrowing too much, but now they are asking where will you get the money from, which means you are encouraging us to go and borrow.

“I have never denied that we are having financial challenges and that is because of the economic downturn. The Chinese are not funding the way they used to fund us, up till now, we are yet to conclude the loan on this project,

“So, we are funding this project from the budget, that was why I was sceptical on the completion date and I said, if we fund them, I used that word it because of the situation of things.

“However we are putting pressure on the necessary institutions that need to give us loans, hopefully before May we should be able to get enough money to complete this project but currently, we are funding it through the budget.

“We will approach the minister of finance again to fund us between now and May hoping that by May, we should be able to get the loan.”

On the likely completion date, he said: “I think there are too many factors involved. Going by the way they are going, if we fund them, yes they will complete the work but they must do what we decide and that is that they must break it into different gangs so that everybody is working at the same time and leaving at the same time, if they do that, then I am sure that before May 2023, we will have commercial activities on the track.”

On the economic viability of the route, he said: “We are constructing this so that it will be able to move passengers and cargoes but essentially cargoes.

“You can also work in Abuja and reside in Kano, that way, you reduce the cost of accommodation for those who maintain two homes.”

READ:  Cultist Who Threatened To Kill All Police Officers Who Arrested Him, Has Died In Hospital

On whether the ministry was exploring the use of local content, he said: “The government is encouraging the use of local materials and passing down the jobs to Nigerians so that we are part of the process. Financially, we will also benefit. It is not good for the Chinese to come here, we will borrow $2billion and we will give them back and they will go to their homes. We should also spend part of it in the country.”

On equipment and manpower, he said: “That has to do with funding too. What we agreed is that they must bring in 2000 equipment to avoid what we suffered in Ibadan to Lagos. In Lagos, the equipment was either breaking down or was not enough and we had to place orders for new ones because they were not an off-the-shelf thing.

“So, for this one, we have asked that they buy all the equipment they need so that as they break down, they replace and in one year plus that we gave them, they should be able to complete the job”.

This comes barely four days after Amaechi revealed that the federal government has started looking for loans in Europe following the refusal of the Chinese to fund Nigerian projects. 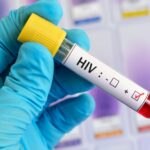 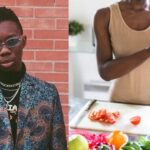