Guinea Bissau’s president, Umaro Sissoco Embalo has condemned the attempted coup by mutinous soldiers who opened fire near the presidential palace in Bissau, capital of the country. 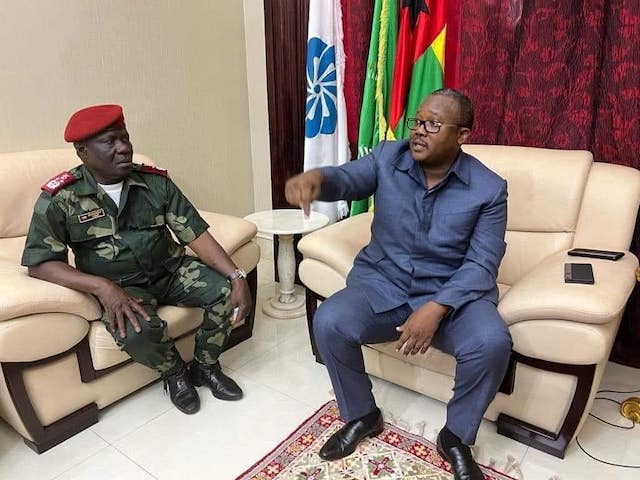 On Tuesday, February 1, 2022, soldiers were said to have opened heavy gunfire near a government compound where President Embalo had been chairing a cabinet meeting.

Military vehicles reportedly drove through the streets, while businesses and schools were shut as people were seen fleeing the area on the edge of the capital Bissau, near the airport.

According to various accounts, in the early afternoon, the armed men were seen entering the government palace which houses different ministries.

Some witnesses described the gunmen as military, others as civilians. Gunfire followed for a large part of the afternoon when the complex was surrounded.

A security source who did not want to be identified told the BBC that gunmen in civilian clothes had opened fire and a police officer had been killed.

But what happened remains unclear: it is not yet known who the gunmen were and the West African regional leaders described the incident as a coup attempt.

In a statement on Tuesday, the Economic Community of West African States (ECOWAS) condemned the attempted coup and urged the soldiers to return to their barracks.

The statement reads, “ECOWAS is following with great concern the evolution of the situation in Guinea-Bissau, characterised this Tuesday, February 1, 2022, by military shots around the Government Palace.

“ECOWAS condemns this attempted coup d’état and considers the military to be responsible for the safety of President Umaro Sissoco Embalo and the members of his government.

“ECOWAS asks the military to return to the barracks and to maintain a republican stance.”

Likewise, the Chairperson of the African Union Commission, Moussa Mahamat, in a statement said he is following the situation with great concern.

“He calls on the military to return to their barracks without delay and to ensure the physical integrity of President Umaro Sissoco Embalo and the members of his government and to immediately release those among them who are in detention.”

READ:  Saudi Arabia Executes 81 People In One day For Terrorism And Capital Crimes

President Umaro Sissoco Embalo told AFP in a brief telephone call, “All is well” and added that the situation is “under control”.

He lamented that people had been seriously injured or had died in the failed coup which he described as an attack against democracy.

“The attackers could have spoken to me before these bloody events that have seriously injured many and claimed lives,” he said, without clearly indicating who was behind the unrest.

But President Embalo hinted that the failed coup was linked to decisions taken by him “notably to fight drug trafficking and corruption”.

The cabinet announced Embalo would speak to the nation from the government palace on Tuesday evening and invited reporters to attend the speech there.

The coup in Guinea-Bissau is coming just one week after the military in Burkina Faso ousted the sitting government, suspended the constitution, and declared itself as the new leadership of the country.

READ:  Ex-Governor, Ikedi Ohakim Gets N10m Bail After Defrauding And Lying Against His Mistress, Chinyere Amuchienwa 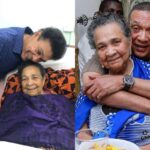 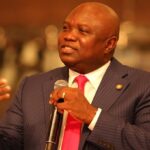