President of United States, Joe Biden said the leader of the Islamic State of Iraq and Syria (ISIS), Abu Ibrahim al-Hashimi al-Qurayshi, has been killed by US special operations forces.

US officials said al-Qurayshi died by donating a bomb that killed himself and members of own his family, including women and children, as U.S. forces approached.

It was gathered that at least 13 people were killed, among them six children and four women, in the counterterrorism mission that took place overnight in north-western Syria.

In a statement on Thursday, President Joe Biden said he ordered the raid to “protect the American people and our allies, and make the world a safer place.

The statement reads, “Last night at my direction, U.S. military forces in northwest Syria successfully undertook a counterterrorism operation to protect the American people and our Allies, and make the world a safer place.

“Thanks to the skill and bravery of our Armed Forces, we have taken off the battlefield Abu Ibrahim al-Hashimi al-Qurayshi — the leader of ISIS. All Americans have returned safely from the operation.”

Qurayshi was named ISIS leader in October 2019 after his predecessor, Abu Bakr al-Baghdadi, was killed in a US raid in the same region earlier that month.

KanyiDaily had reported that Al-Baghdadi also detonated a suicide bomb during the 2019 raid, killing himself and his family including three of his children. 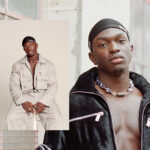