Former Senate President, Bukola Saraki claims that he suffered “persecution” from the executive arm of government led by President Muhammadu Buhari simply because he stood for the independence of the National Assembly. 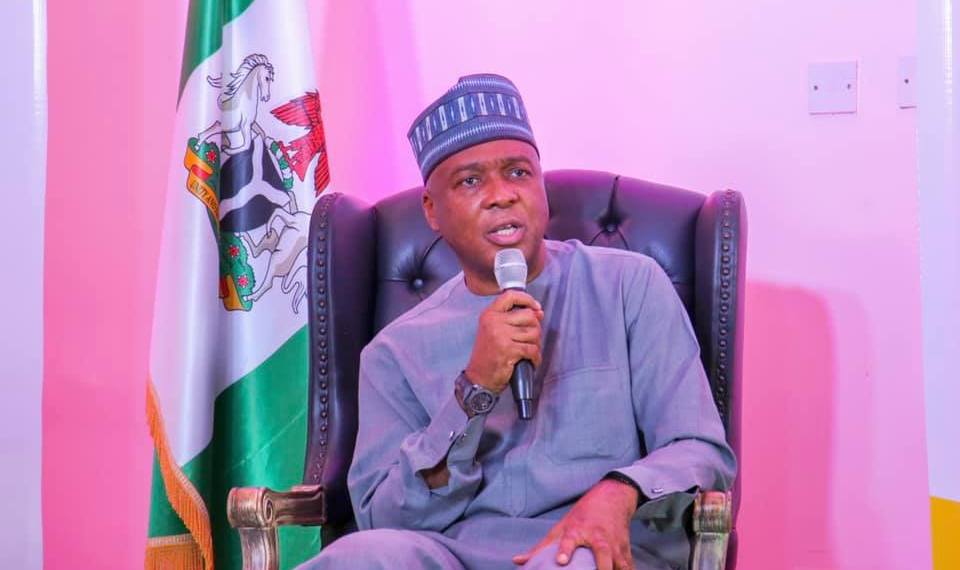 Saraki Says He Was Persecuted As Senate President

Saraki, the senate president of the eighth national assembly from 2015 to 2019, spoke on Saturday during a Twitter Spaces discussion hosted by Rinu Oduala, one of the organisers of the #EndSARS protest.

During the conversation, participants asked the speakers, including Saraki, questions on the 2023 general election and previous political engagements.

An activist and co-convener of the Bring Back Our Girls (BBOG), Aisha Yesufu accused the eighth national assembly of being the “worst in Nigeria’s history,” adding that the current national assembly gave “failure another meaning”.

Yesufu said the eighth assembly under Saraki paid lip service to #OpenNASS, a campaign on openness, transparency and accountability of the national assembly.

Responding to Aisha’s comment, Saraki said he “totally disagrees” that the eighth national assembly is the “worst in history” because the Senate under him did not curry favour from the executive.

Saraki said he suffered several challenges and was persecuted while he was the senate president simply because he stood for the independence of the national assembly.

On the #OpenNASS campaign, the former sanate president said the national assembly under him made its budget a public document.

“We made it public for the first time in the history of the national assembly, that is one of our achievements.

“Not only that. The budget process for the first time had public hearings, it has never happened in the history of this country.

“Loans that were being requested by governors were being asked questions. We say ‘tell us what these specific loans are for’. It had never happened, it is not happening now. Is it?

Saraki Reveals Why He Parted Ways With APC, Buhari

Asked why he supported the candidacy of President Muhammadu Buhari in 2015, the former senate president said he did so hoping for a change in the country.

Saraki said he left the ruling All Progressives Congress (APC) when he realised that the change agenda was not being achieved.

He said, “My view in 2015, honestly, was that there was an issue of security and the level of corruption at that time and the issue of integrity, ability to lead the country with honesty and good intentions; a lot of us felt that there was going to be a change.

“There was nothing personally one was gaining out of it. It wasn’t that one was doing it out of any personal gain at all.

“You could see that when I realised that what we hoped to achieve and deliver for Nigerians was not happening, we parted ways.

“I think that that was an acceptance for me to say that this was not what we bargained for. That is the truth, I am speaking from the heart about what happened.

“We had great hopes and intentions. It did not happen. I, unlike others, said ‘look this is not what I promised Nigerians, and I can’t continue’, and we parted ways, and that is the truth about that.”

This is coming after Bukola Saraki indicated interest to join the presidential race in 2023, revealing one of the things he would do if allowed to lead Nigeria.