River State Governor, Nyesom Wike has disagreed with other presidential aspirants, who claimed that there was no zoning in the Peoples Democratic Party (PDP). 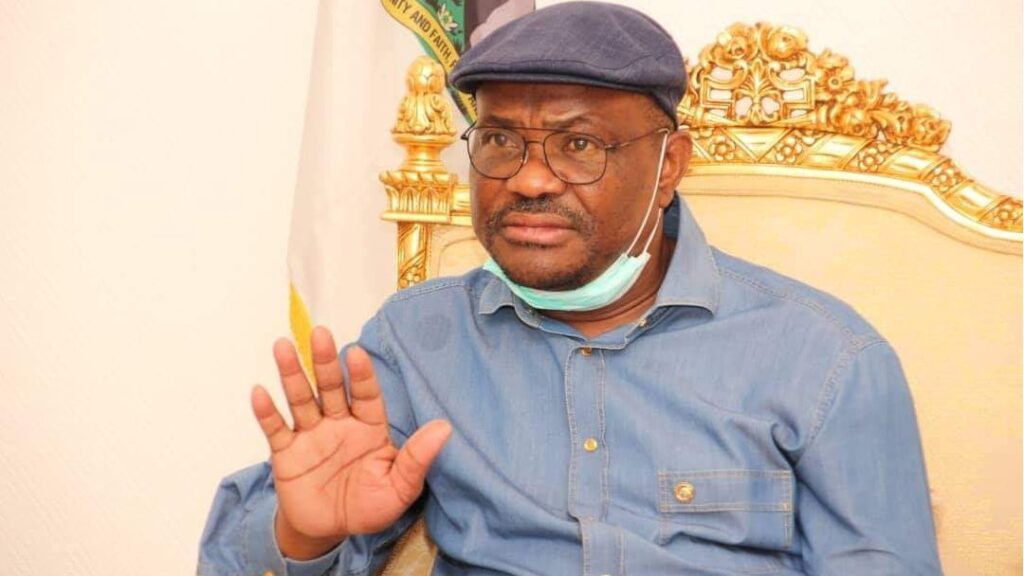 During an interview with Channels Television, the governor said the PDP’s presidential aspirants of northern extraction are violating the party’s principle of zoning and rotation of power by throwing their hats in the ring for the 2023 election despite the agreement subsisting in the party.

According to him, it was selfish for anybody in the PDP to deny that the party agreed to zone its 2023 presidential ticket to the Southern part of the country because of his ambition.

Wike, who recently declared his interest to contest for the 2023 presidency, vowed that he won’t withdraw from the presidential race unless the PDP zones its ticket to the north.

The governor said he believes in the party and will obey whatever decision is taken by the PDP on the presidential ticket, adding that he had been a loyal party man since 1998.

He said, “I am a very sincere person. There is nothing that can make me, because of power, violate simple agreement — whether it is written or unwritten; that makes you a gentleman. Just as I am today, if the party says they are zoning it to the north, I have no problem.”

Asked if he will still run for the position if the PDP’s presidential ticket goes to the north, Wike said: “I will not run. I will obey the party, but what I don’t agree with is for people to say that there should not be zoning.”

“For me, that is why I have never left this party since 1998. Every decision must not be good to you. What is important as a party person is I believe in the party,” he added.

KanyIdaily recalls that the convener of Concerned Nigerians, Deji Adeyanju had called on all PDP presidential aspirants like Governor Nyesom Wike, Atiku Abubakar, Bala Mohammed, Emmanuel Udom, Aminu Tambuwal, to drop their ambition and support Peter Obi in the 2023 election.