The Independent National Electoral Commission (INEC) has suspended action on the judgment of a Federal High Cout in Abuja which sacked Ebonyi State Governor, David Umahi, his deputy, Eric Igwe, and 16 members of the State House of Assembly. 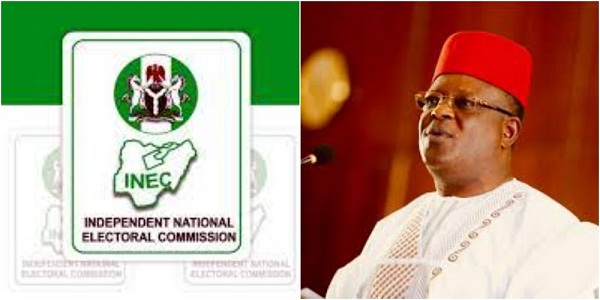 KanyiDaily recalls that on Monday, March 8, 2022, Umahi, Igwe, and the Ebonyi lawmakers were asked to vacate their positions over their defection from the Peoples Democratic Party (PDP) to the All Progressives Congress (APC).

Last week, the Chairman of Information and Voter Education Committee of INEC, Festus Okoye, said the electoral body is still celebrating on the matter due to the avalanche of court orders on its desk.

According to him, the INEC was served with nine separate Orders and Motions from different courts on the sack of Umahi, Igwe, and 16 lawmakers, adding that the commission will make its decision known to the public after its deliberation on Thursday.

However, in a fresh statement on Thursday, March 24, Okoye said it has now received a total of 12 court rulings on the matter, adding that it will stay action pending the outcome of the appeals.

READ:  Nigeria's House Of Reps Moves To Strip Off President's Powers To Order Forfeiture Of Assets

The statement reads, “It will be recalled that the commission met on Thursday, March 17, on the matter, decided to defer its deliberation on the Ebonyi cases.

“The commission stepped down the listed memorandum to enable its legal services and clearance committee to study the new processes served on it in the light of the previously served ones and advise the commission comprehensively.

“Since then, the commission has been served yet more court processes on the same matter, bringing the total to 12.

“The commission deliberated extensively on these cases and decided to further suspend action on the defection of the governor and deputy governor of Ebonyi State and sixteen members of the state house of assembly from the Peoples Democratic Party (PDP) to the All Progressives Congress (APC), in the light of conflicting court judgments and court orders served on it from courts of coordinate jurisdictions.

“The commission also considers it prudent to stay action on the conflicting judgements and orders being aware of the pendency of appeals and motions for stay of execution of some of the judgements before various divisions of the court of appeal.”

KanyiDaily recalls that Governor David Umahi, and his deputy, Eric Igwe, had approached the Court of Appeal in Abuja to reverse the court judgment which sacked them from office. 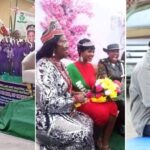 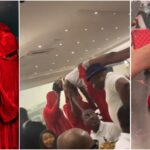