A businesswoman, Chinyere Emeka-Atu has been arraigned before a Tinubu Magistrate’s Court for allegedly defrauding traders and market women of over N600m in Lagos State. 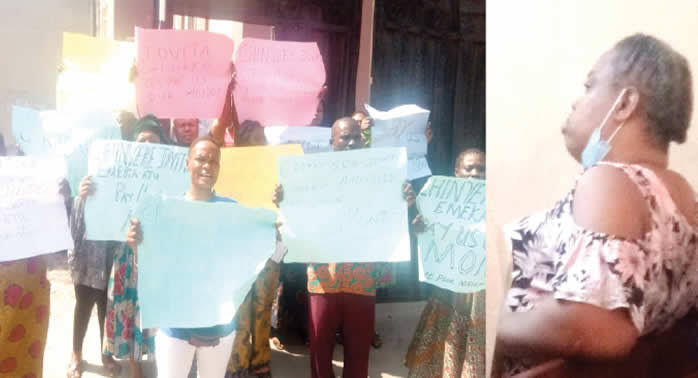 It was gathered that the woman used her company, Family Food Support Association, to gather unsuspecting members of the public, including petty traders, to part away with N9,000 every month to get a higher return on their investments.

The victims were said to have been promised a return of N200,000 cash and N90,000 worth of foodstuffs after nine months of investments in the association’s scheme.

However, for proper coordination, the businesswoman reportedly created about 39 groups headed by an independent leader under the association.

People from different parts of the country, who invested in the scheme, were reportedly divided into groups.

Things, however, took another turn when Emeka-Atu started defaulting in the payment of the promised money and donation of food items to those who invested in the scheme.

The situation was said to have created uproar, as some of the aggrieved victims reported the matter to the police, as Emeka-Atu was arrested.

After Emeka-Atu was arraigned before a Tinubu Magistrate’s Court on April 12, 2022, the Magistrate, A.O. Alogba, remanded her in custody and adjourned the case for hearing.

At the resumed hearing, the court heard as the prosecuting counsel, M.A. Animashaun, prayed the Magistrate for additional 15 days to file proper charges at the High Court.

He said, “In order to avoid any breakdown of law and order because of the massive crowd with placards protesting and demanding justice outside the court, I pray this honourable court for additional 15 days to prepare and file a charge at the Federal High Court to ensure that justice prevails in the matter.

“The defrauded amount is N600m and so I pray the court for further remand of the defendant.”

The defence counsel, Amaka Nwafor, however, pleaded with the court to grant her bail.

She said, “The court on April 12, 2022, gave a ruling that the defendant be kept for seven days in custody of the prosecution for proper arraignment and the defendant has since been in the custody of the police for three weeks now. My client is a mother with ill health and has the right to bail. I pray the court to grant her accordingly.”

The magistrate denied the plea by Emeka-Atu’s counsel and adjourned hearing till April 28, 2022.

Meanwhile, the aggrieved traders, who were outside the court with different placards, demanded a refund of their money.

One of them, Francisca Usondu, said she joined the scheme in September 2020, adding that over 4000 members had yet to be settled in her group, tagged the Yellow Team.

She said, “The coordinator, Emeka-Atu, confirmed that our group leader, Elizabeth Uche, remitted all contributions up till February 13, 2022, and Emeka-Atu has refused to pay them back according to the agreement of the business.

READ:  TVC on fire: Television Continental is burning after angry Lagosians set it on fire - VIDEO

“According to the agreement on the flier, interested persons will register with N1,700, and make N2,000 weekly contribution on Sundays. Defaulters will pay N2,000 for each missed Sunday. Every member who brings additional three persons will be entitled to N90,000 worth of goods and N200,000 cash at the end of nine months.

“Every member has been complying with this, but since June 2021, members who joined the association in September 2020 have yet to get their benefits till date. In January 2022, Emeka-Atu amended the constitution and said only members with 13 additional persons are entitled to N200,000. Our leaders begged us to comply which we did, but we have yet to receive any dividends up till now.”

Another victim, Amaka Eze, a single mother, while crying, said to avoid being defrauded and to ascertain that the business was legitimate, she visited the association’s office on Toyin Street, Lagos.

“I suffered so much to bring three other people together and we invested in this networking business, but after all our sacrifices, the coordinator has refused to give us back our benefits. We plead to those in authority to help us the masses to get justice,” she said.

KanyiDaily had also reported how the EFCC arrested 19 staff of a fake investment company allegedly floating a Ponzi Scheme, with which they have defrauded members of the public over N2 billion. 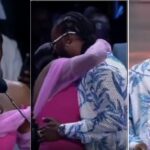 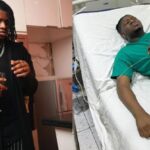