Kaduna State Governor, Nasir El-Rufai has disclosed that his colleagues in the North-West will hire mercenaries against terrorists if the military fails to protect their citizens in Kaduna, Katsina, Zamfara, Kebbi, Sokoto, and the neighboring Niger. 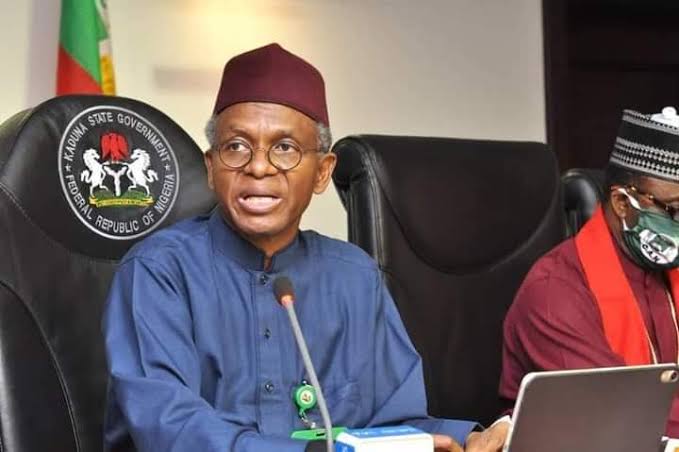 The governor disclosed this on Friday while speaking to State House correspondents after visiting President Muhammadu Buhari at the Presidential Villa, Abuja, to update him on the Monday night attack on a Kaduna-bound train.

According to him, has informed the president that if military actions are not taken against bandits, Northwest governors may hire mercenaries to defend their people.

He said, “That is why I have come to see Mr President and also I have said that, if these actions are not taken, it becomes a must for us as governors to take measures to protect our citizens, even if it means we will import mercenaries from outside the country to do it, if our soldiers fail.

“I swear to God, we will do that. This issue has got to an alarming state. Mr President assured me that he will take action and that this thing will be brought to an end within months.”

READ:  Yung6ix Arrested In America After Being Accused Of Stealing In A Jewellery Store [Video]

El-Rufai revealed that the attack on the Kaduna train was carried out by Boko Haram elements, contrary to the belief that the terrorists were the same bandits known to have been terrorizing the entire Northwest in the last few years, adding that the attack was well planned over a long period.

Speaking about the possibility of forestalling the sort of attack that was seen last Tuesday, the governor said: “To us, this happened because we have consistently written letters to the Nigerian Railway Corporation.

“Secondly, the Air Force, in response to that security report, went and established a base at Katari, where helicopters can land and refuel, so that if anything happens, they can quickly respond.

“But that cannot work at night because some helicopters cannot even fly at night. That is why we advised the Federal Government that the night train should be stopped.

“We suggested that the last trip should leave Abuja by 4:00 pm so that they could arrive in Kaduna before night fall and same for last trip from Kaduna, but our advice was not taken.

“It took the security agents over an hour to get to the scene when the attack happened because it was night. It would have been faster in the afternoon.

“This attack shows that it is not the bandits that we are used to. These ones came prepared. They have planned this attack for long to the extent that they know the first class coach where they will get the big personalities.

“Therefore, this is a serious issue that we have been suggesting that, these forests where these people are, we should go there and bomb the forests for everyone in the forest to be killed. Honestly, if this is not done, this banditry in Niger, Katsina, Zamfara, Kebbi and Sokoto will not end.

“Why do we always wait for them to strike before we go after them? Why can’t we go to where they are and kill them? We know where they are.

“We have the maps as the military know, the policemen know and everyone knows. DSS is giving us report every time: see where Dogo Gide is, see what he is planning.

“Why is it that up till now, the security have not gone to kill them? Where are our soldiers? Why have they not done it? That is why I have come to see Mr President.

“And also I have said that if these actions are not taken, it becomes a must for us as governors to take measures to protect our citizens, even if it means we will import mercenaries from outside the country to do it.

“If our soldiers fail, I swear to God, we will do that. This issue has gotten to an alarming state. Mr President assured me that he will take actions and that this thing will be brought to an end within months.”

READ:  Dangote Writes To Ohanaeze Ndigbo Over Alleged Smuggling Of Almajiris To South-East

On the rumour of fresh attacks on Kaduna-Abuja highway circulating on social media, El-Rufai said, the report was being spread by political opponents and they have asked the security to investigate and prosecute them.

He said, “Anyone that spreads false information that subject people to unnecessary fear, has violated tha laws of Kaduna state and they will be prosecuted.

“This is not a political matter, even their own people are being kidnapped and killed, some are wounded and in the hospital, but some people are playing politics with it.

“We curse those and God will judge them, but before they die firvGid to judge them, we will prosecute them here first.”

“Some people say they are doing it because of me, it is not because of me, they want to fight President Muhammadu Buhari, fight our party and fight the north. They want to impoverish us because of the coming election in 2023, but they will not succeed by God’s grace.”

On the safety of the hostages still in the den of the terrorists, the governor said “some of the people kidnapped, their families have been contacted, while some others, were contacted to inform the families that their loved ones are being taken care off.

“But, the bandits have not indicated they want ransom, because these ones are not the normal kidnappers that people are used to. These ones are Boko Haram that worked with the bandits to carry out that attack.

“Therefore, our thinking is that, maybe they want to negotiate ransom with government, not victim’s families. Now, the security agents are busy trying to locate them. And by God’s grace, they will round them up and carry out the necessary action.

“You know, government is always considering lives of the hostages, if the victims are not recovered from them, I don’t think the military will carry out any serious action.

“When asked whether Kaduna government will pay ransom or stand its initial ground, he said, Kaduna State government does not pay ransom and we will not pay.”

KanyiDaily recalls that Governor, Nasir El-Rufai had alleged that the Nigerian military knows the locations of the bandits wreaking havoc in the state, but has refused to bomb their hideouts. 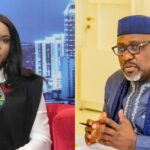