President Muhammadu Buhari has rejected calls by the South-East leaders for the release of Nnamdi Kanu, the detained leader of the Indigenous People of Biafra (IPOB). 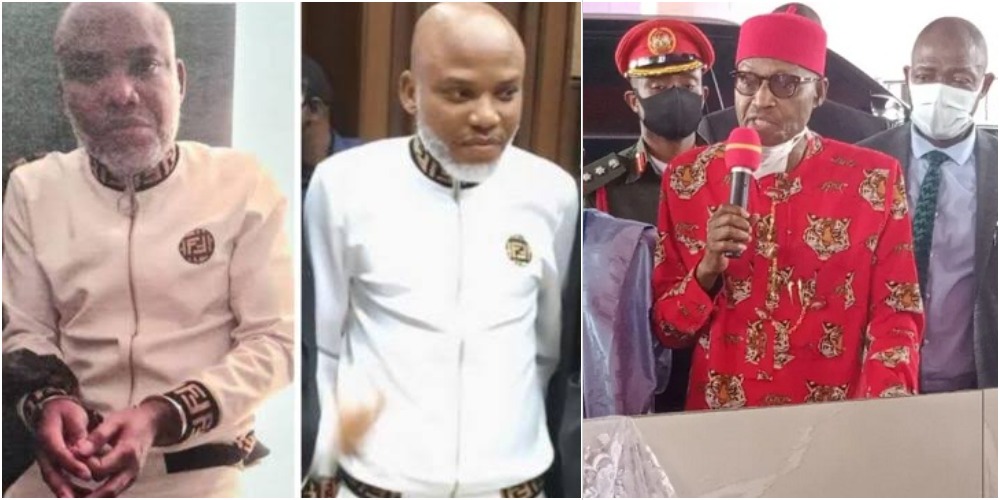 The president, who has been on a two-day working visit to Ebonyi State, spoke on Friday when he met with leaders in the south-east at the government house in Abakaliki.

A statement by the presidential spokesperson, Femi Adesina, said the the traditional, religious and political leaders in the region had called for the Kanu’s release.

But Buhari insisted that only the court of jurisdiction will decide the fate of Kanu who is standing trial on an amended 15-count charge bordering on treasonable felony.

The statement reads, “President Muhammadu Buhari Friday in Abakiliki pledged that the Federal Government would deploy its strength to protect innocent and hardworking Nigerians from terrorists and those causing break down of law and order in the South East region.

READ:  Atiku Laments Over Continuous Detention Of His Son-in-law, Lawyer By EFCC Operatives

Speaking at a meeting with South-East leaders, during his two-day State visit to Ebonyi, the president expressed concern over the deteriorating security situation in the region, reiterating his directive to security agencies to ‘‘flush out’’ those perpetrating violence in the land.

“I must register my deep and grave concern with regards to the deteriorating state of security affairs in this region.

‘‘In the last 48 hours, I have been informed of the latest in the round of brutal actions carried out by gun-wielding terrorists, who prey on innocent and hardworking citizens, unfortunately, these barbaric acts were visited upon those who have committed their lives to protect their fellow citizens,’’ he said.

The president paid tribute to members of the Nigerian armed forces who recently lost their lives in the region.

Responding to appeals by traditional, religious and political leaders in the region for the release of the detained leader of the outlawed Indigenous People of Biafra (IPOB), Nnamdi Kanu, the president said:

‘‘I have listened carefully to the various appeals from the elders to the traditional leaders regarding a wide range of options, and as I have said previously this matter remains in the full purview of the courts where it will be properly adjudicated.

‘‘My worry is for our hardworking and innocent civilians, for whom life is already tough and would like to earn a decent and honest living.

‘‘There are many that fit this profile and the government owes them that obligation to protect lives and property.

‘‘I will once again repeat, no one has the right to carry an AK-47, and anyone seen in any part of the country doing so and is not a law enforcement officer is a threat to our peaceful coexistence and should be treated as such,’’ he said.

On infrastructure, the president highlighted some of his government’s achievements in the region, dismissing those peddling false narratives of lack of care and consideration for the people of the South-east by this administration

The president said he was proud of the reconstruction of the runway of the Akanu Ibiam International airport and ongoing work upgrade of the International Terminal Building, assuring Ndigbo that the N200 billion Second Niger Bridge and 10km six-lane expressway in Onitsha and Asaba will be completed before the end of the year.

He added that the 5.5 million dollars Diagnostic Centre in Umuahia is already operational.

In his remarks, Governor Dave Umahi of Ebonyi said President Buhari would be remembered as a man who did not use the plight of the people of the South-east to play politics but came to their rescue severally.

The Governor urged Southern leaders to work towards finding a political solution in resolving some challenging issues, warning that the region is at ‘‘crossroads.’’

‘‘On this issue of a political solution, I have never believed in IPOB’s method of operation. I disagree with them but we have gotten ourselves to a very terrible and pitiable solution.

‘‘Some of us warned that we will get to this situation and some were playing politics with it.

“Mr President, we are at crossroads. I have been to you and I have begged you for a political solution. Surprisingly and graciously you granted that. You said our people should initiate that and at the forefront is Nnamdi Kanu’s lawyer.”

The governor, therefore, urged the President of Ohaneze Ndigbo to meet with elder statesman, Mbazuluike Amaechi, the Chairman of Christian Association of Nigeria (CAN), South-east, the Chairman of South-east Traditional Rulers Council, Nnamdi Kanu’s lawyer and few others to initiate the political solution.

On the 2023 elections, the governor said he believed strongly in the demand for the presidency to be zoned to the South-east region on the basis of fairness, equity, justice and morality.

Mr Umahi, who is also a presidential aspirant, commended some leaders from outside the region for expressing their support for the next president of Nigeria to emerge from the South East.

The Chairman of South-east Traditional Rulers, Charles Mkpuma and CAN Chairman, South-east, Abraham Nwali, also spoke in favour of the President of Nigeria of South-east extraction come 2023.

The leaders while expressing support for a united Nigeria, appealed to the president to grant pardon and release the IPOB leader, urging other agitators to cease all forms of hostilities.”

KanyiDaily recalls that the Federal High Court in Abuja had recently struck out eight of the 15 counts charges against Nnamdi Kanu and fixed May 18 to rule on his bail application. 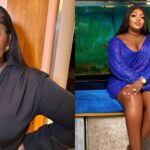 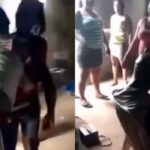