A famous Islamic Scholar and prominent Reciter of the Holy Quran, Sheikh Ahmad Sulaiman, have been kidnapped, and the abductors have demanded a ransom of N300 million, before his release.

Sheikh Suleiman, a very close ally and fanatical supporter of President Muhammadu Buhari who had offered prayers for the re-election bid of Mr. President, at some political rallies organized by the All Progressives Congress (APC), in the build to the 2019 general elections.

The Islamic Scholar was abducted when he was returning to his base in Kano State, after attending a religious function in Kebbi State.

In an audio clip obtained by PRNigeria, on Tuesday, the kidnappers disclosed their demand.

The supposed Ringleader spoke in Hausa language with a close Associate of their captive, saying that, they were mandated by an influential Politician to abduct and kill Sheikh Sulaiman, who their sponsor allegedly described as a terrorist.

“However, after taking a close observation, we noticed that our victim has no semblance to a terrorist. We discovered that he is rather a God-fearing Muslim and very knowledgeable Preacher.

“We also interrogated him, and he told us everything about himself”, the kidnapper told the Reciter’s sympathiser, in the nine-minute telephone chat.

When asked by his caller what they should offer for the speedy release of the notable Islamic Teacher, the Hausa-speaking Gang Leader with Fulani accent, said that they were never interested in carrying out the murderous assignment in the first place.

“But it will be unfair that we fritter the three hundred million naira the Politician gave us, without executing his work”, he said.

“So, we are intending to give him back his money, since we may not be able to do his bidding. And again, we will also express our displeasure to him, for wrongly accusing the Sheikh to be an insurgent, when in reality, he was not.

“But in the meantime, you (his people) should first raise the three hundred million, we will return back to the Politician. And then, you will also give us money for fueling the vehicle we used to convey him to Kebbi.

“But if you people cannot raise the money we demanded, we will not hesitate to eliminate Mallam, and collect the additional sum the Politician promised us, if we should kill him.” 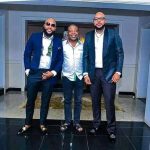 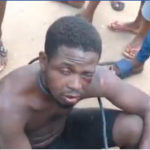