A Federal High Court in Abuja has struck out eight of the 15 counts against the leader of the Indigenous People of Biafra (IPOB), Nnamdi Kanu. 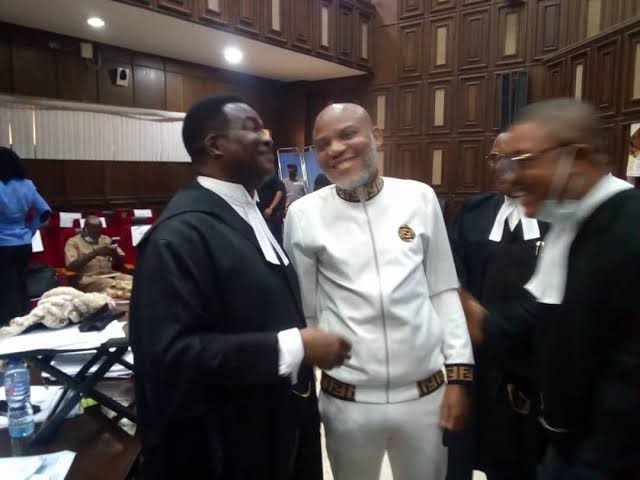 Kanu, in the application he filed through his team of lawyers led by Chief Mike Ozekhome (SAN), maintained that the charge against him was legally defective.

Ozekhome said his application seeks the “quashing, striking out and dismissing of the 15-count amended charge” for being “incompetent and denying the court of jurisdiction to entertain the suit”.

The application, premised on 34 grounds and supported by a 36-paragraph affidavit, is also seeking an order acquitting and discharging Kanu.

Ozekhome argued that the court lacked the jurisdiction to try him on the strenght of an incompetent charge.

He argued that since some of the allegations FG levelled against Kanu, were purportedly committed outside the country, the high court, therefore, lack the jurisdiction to entertain the charge.

“The charges appears to give this court a global jurisdiction over offences that were allegedly committed by the Defendant, without specifying the location or date the said offences were committed”.

He argued that under the Federal High Court Act, such charge must disclose specific location where the offence was committed.

“You are accusing Kanu of making some broadcast. You didn’t say where these broadcasts were made. Were they made in the spirit world, made in the air or under the ground?” Ozekhome asked.

He also said according to the provisions of the federal high court act, a prosecutor is expected to give exact details of a location where an offence is committed.

More so, Ozekhome contended that Kanu could not be charged with belonging to an unlawful organization since the action of FG, in proscribing the IPOB, is still subject of legal dispute at the Court of Appeal and therefore

When the case resumed on Friday, April 8, Justice Binta Nyako struck out eight of the 15 charges while delivering a ruling on the validity of the charges.

She held that in the instant preliminary objection application, counts six, seven, eight, nine, 10, 11, 12, and 14 have not disclosed any offence by the defendant.

The judge, however, acknowledged that counts one, two, three, four, five, 13, and 15 showed some allegations against the IPOB leader, saying the trial of the defendant would proceed on those counts.

According to her, rendition for the purpose of criminal investigation is allowed and in the instant case, there is a bench warrant on the defendant, suffice to say he is a fugitive before the court.

On the issue of the proscription of IPOB, the judge held that the case was pending before the appeal court and as such, the order proscribing the organisation was subsisting until it was vacated.

Justice Nyako slated May 18 to rule on an application Kanu filed to be released on bail, pending the determination of the treasonable felony charge against him.

Ozekhome had argued that his client was entitled to bail considering that he still enjoys the presumption of innocence under the 1999 Constitution, as amended,.

But the FG’s lawyer, Labaran, urged the court to decline the bail request, stressing that Kanu betrayed the previous discretion the court exercised in his favour, when he jumped bail and escaped from the country.

Labaran argued that it was owing to Kanu’s previous conduct that the court revoked his bail and issued a bench warrant for his arrest.

“My lord granted him bail on 2017 on health ground, but since then, till date, no medical record was submitted to the court until he jumped bail.

“What we should be saying is contempt of court because he has flagrantly violated the orders of this court,” Labaran submitted.

However, Ozekhome faulted FG’s lawyer for alleging that his client jumped bail. He told the court that Kanu attended his trial regularly, until the military, in September 2017, invaded his home in an operation that led to loss of lives.

Ozekhome insisted that it was the action of the Nigeria Army that made his client to run for his life, noting that the FG violated the fundamental rights of his client in the way he was forcefully abducted and extra ordinarily renditioned back to Nigeria.

He, therefore, urged the court to allow Kanu on bail to enable him to effectively prepare his defence to the charge pending against him.

Meanwhile, before the case was adjourned till May 18 and 26, Justice Nyako dismissed Ozekhome’s contention that Kanu’s extra-ordinary rendition was illegal.

She stressed that there was a subsisting warrant from the court, for the arrest of the defendant wherever he was found.

KanyiDaily had earlier reported that the media coverage of terrorism cases before the Federal High Court, including that of Nnamdi Kanu, is now strictly prohibited. 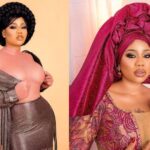 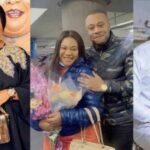