Nollywood actress, Mercy Aigbe has been caught on camera fighting with a businesswoman, Omolara Olukotun, popularly known as Larrit, during a party at the Lekki axis of Lagos. 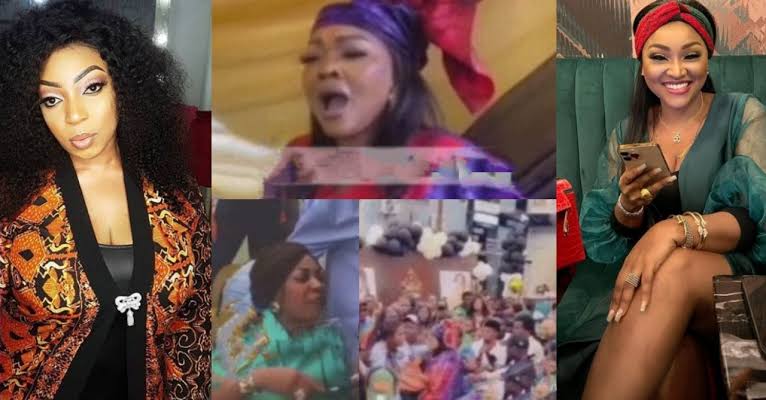 It waa gathered that the incident happened on Sunday when friends and partners of popular businesswoman, Remmy Gold, gathered at the launch of her new plaza located in Lekki.

During the event which was attended by several movie stars and socialites including Iyabo Ojo, Aigbe, Eniola Ajao and Bimbo Thomas, the two women got into a heated argument.

A video circulating on social media show Aigbe vibing to a song and saying “are they mad, are they crazy”, before Larrit threw a bottle at the actress and the two went all physical with each other.

Aigbe was later seen leaving the party, looking rough-handed with the assistance of other guests who prevented the women from preventing the women to cause bodily harm on each other.