Orlando Jorge Mera, the Minister of Environment and Natural Resources in Dominican Republic, has been killed in his office by a close childhood friend. 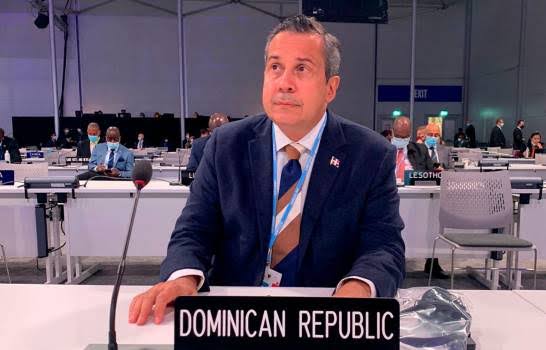 It was gathered that the 55-year-old minister was shot dead while holding a meeting at the time of the attack on Monday, June 6, 2022.

A presidential spokesman, Homero Figueroa identified the killer as Miguel Cruz, describing him as a childhood friend of the minister.

He said, “The information we have at the moment indicates that this morning the environment minister lost his life after he was attacked with a firearm in his office.

“Miguel Cruz, who has been identified as the shooter, was a personal friend of the dead minister,” Figueroa said, adding that the suspect is now in police custody and his motive was “under investigation.”

Cruz used his friendship with the victim to gain access to a secure area where Jorge Mera was holding a regular meeting with his deputies, ministry sources told AFP.

Authorities said that in a phone conversation with Cruz while he was at the church, he promised to turn himself in if they guaranteed he wouldn’t be killed.

Heavily armed police officers took him into custody at the church, which is about a 15-minute drive from the office where Jorge was shot.

When he was brought out, Cruz was wearing a helmet and bulletproof vest and kept his head mostly down as the glasses he wore slid slightly down his nose. One bystander yelled: “You killed a good man! Murderer!”

According to a statement from Jorge Mera’s family, Cruz was “a childhood friend whom he received in his office.”

“Our family forgives the person who did this. One of Orlando’s greatest legacies was to not hold grudges,” they added.

Jorge Mera was the son of former President Salvador Jorge-Blanco and a founding member of the governing Modern Revolutionary Party (PRM).

The deceased leaves behind a wife – the Dominican ambassador to Brazil – and two sons, one of whom is also a PRM lawmaker.

KanyiDaily had also reported how British lawmaker, David Amess was stabbed multiple times by a knifeman who attacked him while holding a constituency meeting at a church in Essex, South-East England.