Ossai Ovie Success, an aide to Delta State Governor Ifeanyi Okowa, has stated that the fast-rising singer, Portable, should be taken to an alcohol and drug rehabilitation centre. 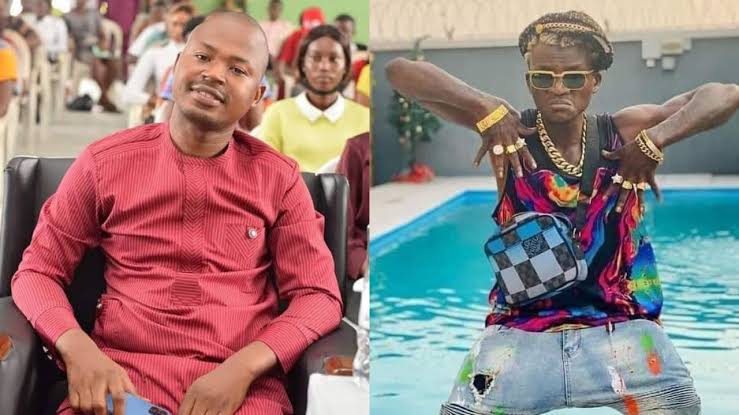 This comes after Ogun State Police Command ordered the singer to report himself at the nearest police station over a video clip circulating on social media, where he was said to have organized some youths to beat up a young man.

In the viral video, Portable was seen asking his gang to mercilessly beat up his former associate, DJ Chicken, who he accused of sending a message to his wife.

Reacting on his Instagram page, the Special Assistant on Media to Governor Okowa call for the singer’s immediate rehabilitation “before he get himself damaged all in the name of fame.”

READ:  Gospel Singer, Obiwon Reveals Why No One Understands Thanksgiving Like Nigerians

Ossai wrote; “Take Portable to alcohol and drug rehabilitation centre. As a young boy, I love Zazu singer Portable zeal of defeating poverty but the truth must be told.

“There are a lot of misbehaviors in him that are associated with too much alcohol and drugs. This young boy needs to be taken care of before he get himself damaged all in the name of fame.

“Someone close to him should as a matter of urgency take Portable to alcohol and drug rehabilitation centre. Don’t say his character is what is giving him fame because this is how some persons started having kidney problems or musical career started dying while people were busy hailing them.

“I need him to be more better in doing his things and that is why I am so concerned about his well-being. He needs urgent attention.”

READ:  Becca's Mom Calls Her Nigerian Husband A 'Thief' After He Accused Her Of Being A 'Witch'

KanyiDaily recalls that Portable had recently threatened to “kill” whoever wins ahead of him in the two categories he was nominated in the 2020 Headies Award.

READ:  Lil Frosh Reconciles With His Ex-Girlfriend As She Withdraws Assault Case Against Him