The General Overseer of Mountain of Holy Ghost Intervention and Deliverance Ministry Chukwuemeka Ohanaemere, popular known as Odumeje, has denied reports that his church was demolished by Anambra State Government. KanyiDaily had reported how members of Anambra State Task Force had stormed the church on Thursday to enforce the demolition and there was a face-off between the pastor which resulted to him being assaulted by some of the task force members.

In a video shared on Odumeje’s official Instagram page, an aide of the cleric said contrary to reports that the church building was demolished, only the security post and fence were affected.

Odumeje’s aide said that the church building was intact and activities will continue as usual. The video also showed the section of the security post that was demolished, and the interiors of the church which were still in good shape.

He said, “The rumour is going viral that Odumeje’s church has been demolished. This is contrary to what happened. That is false.

“The security house that is a little bit close to the drainage was demolished. As you can see, Odumeje’s church is still intact.

“The Lion family all over the world, let us be notified that our church is not in their obstructive way. Nothing happened to our church. No part of it was touched. The whole building is still standing firm.

“We are inside the church now. The alter area, all other areas, are intact. The Lion family all over the world, take note of this. Nothing happen [sic] to Odumeje church.”

KanyiDaily recalls that Anambra State Governor, Charles Soludo has revealed that the building was demolished because it was tagged “illegal building” for encroaching on a huge canal. 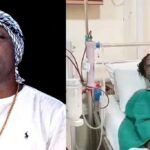 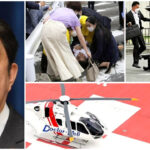