While Portable is supporting incumbent Governor Gboyega Oyetola of the All Progressives Congress (APC), Davido is backing Ademola Adeleke, his uncle who is the candidate of the Peoples Democratic Party (PDP).

On Thursday, there were speculations that Davido unfollowed Portable on Instagram after the pair mobilized supporters for their respective candidates in Osogbo, the state capital.

Taking to his Instagram page on Friday, Portable shared a video of himself lambasting Davido for unfollowing him because he was trying to secure his future.

Although he didn’t mention anybody’s name in the video, he was infuriated with the action, saying he wasn’t fortunate to come from a rich family like Davido which is why he’s propelled to hustle really hard to make money and not go back to the trenches.

READ:  Davido and baby in isolation as fiancee Chioma tests positive for coronavirus

“I am the one that brought riches to my family. Open your ears so my words can enter. I am running and hustling in this manner and it is simply because of money. And also to avert the suffering my family had to endure, which doesn’t become my portion.

“Once again, my father is not a rich man. I come from the trenches but managed to bring my family into wealth. So support who support you. They wasted no time in unfollowing us.”

KanyiDaily recalls that Portable recently revealed that the ruling APC paid him a lot of money to support the party’s presidential candidate, Bola Tinubu, and re-election of Osun State Governor, Gboyega Oyetola. 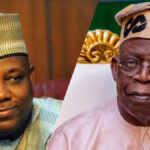 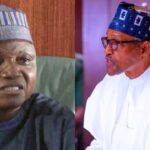