Controversial American rapper, Kanye West has returned to social media with his family drama, while voicing out his frustrations regarding the Kardashian family. 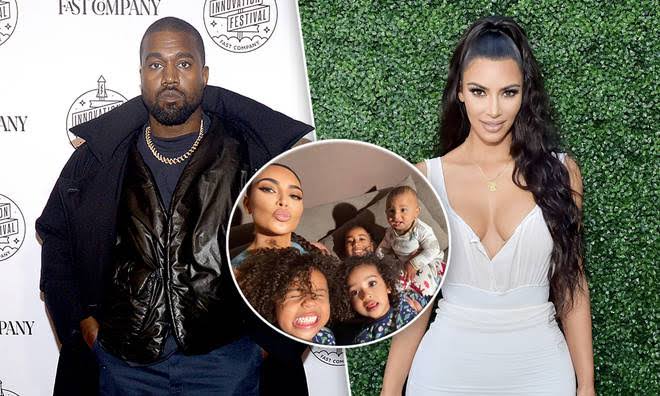 Kanye West Calls Out Kardashians Over His Kids

In a now-deleted posts shared on his Intagram page, the rapper revealed that “pornography destroyed my family” as he vowed not to allow his kids do “playboy or sex tape.”

Kanye called out his former mother-in-law, Kris Jenner, for allowing her daughters, Kim Kardashian and Kylie Jenner, to get involved in the Playboy magazine shot.

The rapper also described Hollywood as a “giant brothel,” while vowing not to allow his daughters to get involved in the American movie industry.

Sahring a photo of Kylie’s friiend, Victoria Villarroel, the rapper wrote: “Don’t let Kris make you do playboy like she made [Kylie] and Kim do. Hollywood is a giant brothel.

“Pornography destroyed my family and I deal with the addiction. Instagram promotes it, Not gonna let it happen to Northy and Chicago.” 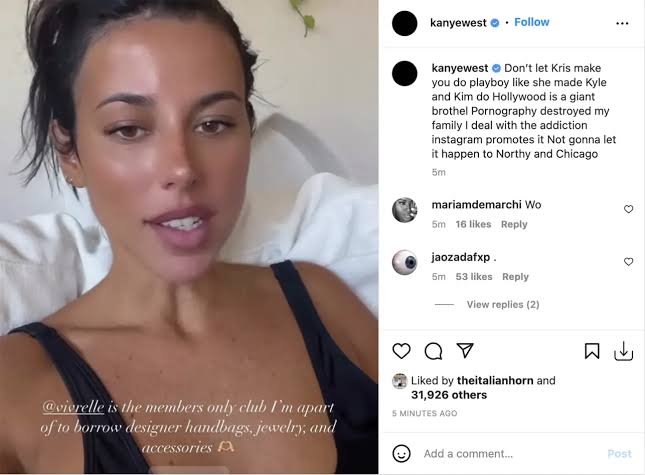 The rapper also shared other screenshots of text messages on his Instagram where he discussed where his children North, Saint, Chicago, and Psalm, would go to school.

West said, “You don’t have so so [sic] over my black children and where they go to school. They will not do playboy and sex tapes. Tell your Clinton friends to come [to] get me, I’m here.”

“My kids going to Donda, they not going to Sierra Canyon. Charlemagne the God and Kris. Get your motherfucking popcorn,” he added.

The songwriter also wrote, “I know girls who sell p—y that don’t agree with how my daughters are displayed.”

KanyiDaily recalls that Kim Kardashian had recently insisted that she will always be family with her ex-husband, Kanye West, despite the messy divorce.

READ:  UNBELIEVABLE: Rapper Desperate For Fame Shots Himself in the Mouth And Swallows Bullet [PHOTO + VIDEO] 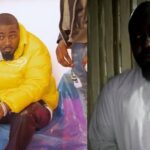 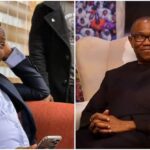