Zamfara State Police Command has arrested a former lance corporal with the Nigerian Army, Sa’idu Lawal, for allegedly supplying guns to bandits in the state. The command spokesman, Mohammed Shehu, who disclosed this while speaking with journalists on Wednesday, said the 41-year-old suspect was arrested along the Abuja-Kaduna highway.

Shehu, who described Lawal as a notorious kidnapper, robber, and a gunrunner, said he the suspect was arrested while in a Pontiac Vibe vehicle with Lagos registration number KRD 686 CY, on his way to Zamfara.

“He also confessed that he had previously supplied similar consignment to other customers in Kaduna, Katsina, Niger and Kebbi states,” Shehu aid.

KanyiDaily had also reported how police rescued an Army Captain, D. Gana, and two other Nigerian soldiers who were abducted by gunmen in Ogun State. 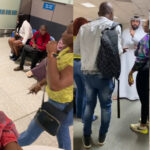 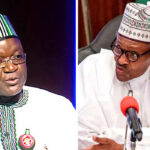