The palatial home of former Nigeria’s president, Goodluck Jonathan, has been taken over by the rampaging flood that has devastated most parts of the country. 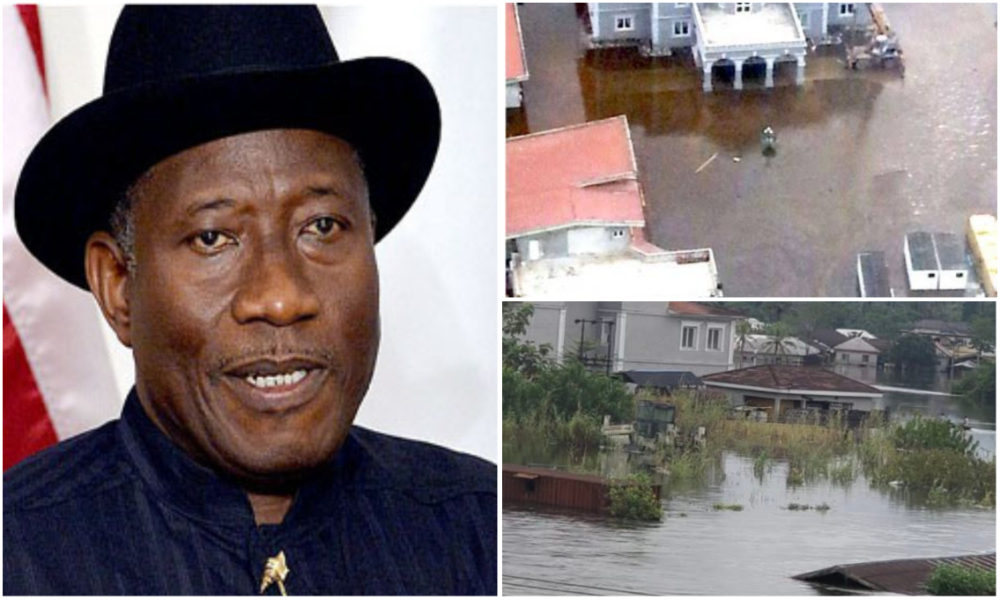 Jonathan’s house and that of his aged mother located in Otuoke, Ogbia Local Government Area of Bayelsa State, were ravaged by flood on Friday, October 21, 2022.

During his visit to the area on Friday, Bayelsa Governor, Duoye Diri lamented the level of destruction caused by what he described as an “attack by natural disaster” on the livelihood of Bayelsans.

The governor stressed that Otuoke, which is the host community of a federal university, had been submerged and most of the locals displaced, including the home of the former president.

Diri, however, urged the people not to despair even in these trying times, assuring them that the state government had put in place machinery to provide relief materials and medical assistance to victims of the flood.

He equally empathized with Jonathan, who he said is now also internally displaced as a result of the rampaging flood that took over his residence.

Diri said, “As we have seen in other local government areas in the state, we have come to Ogbia and parts of Southern Ijaw today. I had been to Ayama-Ijaw and Azikoro communities in Yenagoa, which is also badly hit.

“Now I am in Ogbia, precisely at the residence of the former president of Nigeria, Dr. Goodluck Jonathan. You can see the degree of destruction here in Otuoke. The water current is as if there is a river here.

“To our citizens, particularly in Ogbia local government, I came to see things for myself in Otuoke and to bring you hope. I came to also let you know that you are not alone in these trying times that we are all going through in our state.

“We have put in place machinery that is going round the state in terms of relief materials and medicines. The Ministry of Health is fully mobilised for that and I am sure they will be here in no distant time.

“Let me also use this opportunity to empathise with my leader, the former president of the Federal Republic of Nigeria, who has joined me as one of the IDPs because I was one of the first victims in my community.”

Diri again solicited the help of well-meaning Bayelsans, corporate organisations and the federal government to enable the state to overcome the present unfortunate situation.

The governor, who learnt about the demise of a military personnel attached to the residence of the former president, expressed his sympathies with Dr. Jonathan, the family of the deceased and the Nigerian Army.

He also visited the former president’s mother, Madam Eunice Jonathan, in the community and assured her that the state government was with her and the people of Otuoke.

READ:  House Of Reps Probe NEDC Over Mismanagement Of N100bn Which 'Vanished Under One Year' 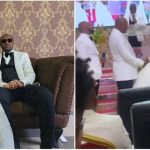 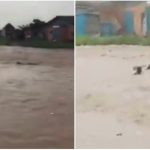